Exploring the Future of Artificial Intelligence 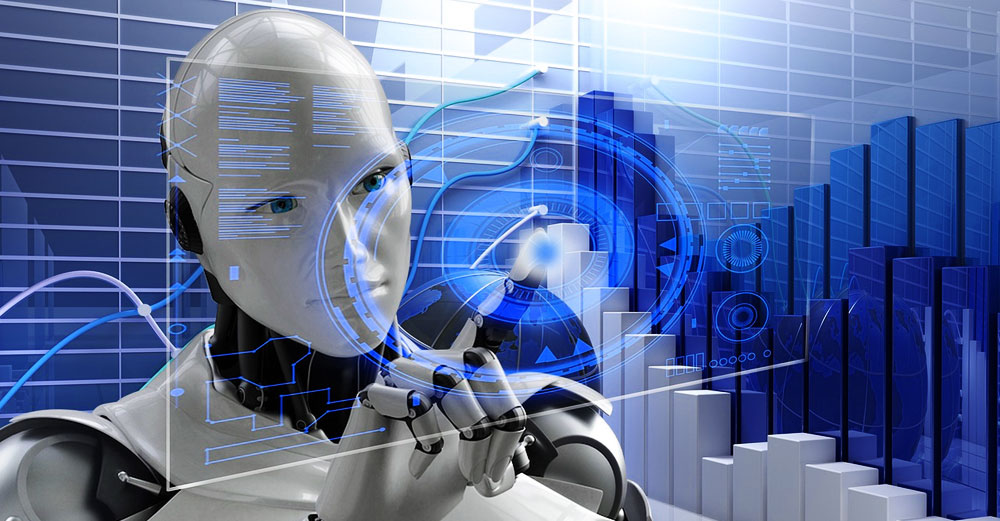 Then Watson beat a human at a game show. The ignominy. Deriving the trivia question given the answer.

Now, computers want to drive. And even Uber is buying self-driving cars.

What’s next? Nobody really knows, say the State University of New York’s top researchers in artificial intelligence. But they know what they want to see – and it’s not a world where a computer named Hal refuses to open the pod bay doors or a cybernetic network does so much that humanity turns into a giant gelatinous goo of lethargy.

“It would be better to augment human intelligence,” said Venu Govindaraju, vice president for research and economic development at the University at Buffalo. “The future begins to resemble a human-machine partnership.”

Govindaraju, a SUNY Distinguished Professor of computer science and engineering, and his colleagues know who they want to make that happen: the State University of New York. A pair of $4.5 million grants will be spent to attract the real brains of AI to SUNY, at Stony Brook University and the University at Buffalo, with the idea of creating a cluster of research that will create an entire industry in New York.

In the 1990s, when AI was still very much in its infancy, Govindaraju helped shape the future of the field by developing software that allowed a computer to read handwriting and sort mail and packages. It turned into hundreds of jobs outside Binghamton in a partnership with Lockheed Martin.

That was a couple of decades ago, and the advances since have followed that path: not in making decisions, but in finding patterns.

“People are afraid AI will take over the world,” said I.V. Ramakrishnan, associate dean of research in the College of Engineering and Applied Sciences and professor of computer science at Stony Brook. “We don’t see it that way.”

What he sees is a world where the work computers do well – concrete, linear, logical processes – supplement the abstract, non-linear thinking that humans do so much better.

Give an AI engine enough data to cover all the possibilities, and its pattern recognition can find the correlations, Govindaraju said. “The machine can give an answer, but it cannot give an explanation about why it has the answer.”

“The human is providing the intuition,” Ramakrishnan said. The computer, however, does more than simply execute instructions; it seeks patterns that it can that point out to its more intuitive partner.

Where could humain-AI interactions go next?


Partner a good AI engine with Big Data, the computer can sift through millions of facts, test results and trends to find the patterns that help doctors more quickly diagnose ailments and find the most effective treatments, said Samir Das, interim chair of computer science at Stony Brook. In fact, a number of SUNY medical schools are uniting to create that data.

“Everything is Big Data,” Govindaraju said. “That has opened up possibilities like never before.”

But the robot that cooks supper, as one might see in the ’60s cartoon The Jetsons? That’s more difficult – scratch that, it’s not actually that difficult, Das said. “That is semi-intelligent technology because the robot is not making decisions on its own and needs human input.” In fact, companies are combining robotics with voice recognition and other AI technology to build semi-intelligent machines that assist people with housework and other everyday activities.

That’s where the grants come in. The $4.5 million is enough to fund the research of perhaps two top tier AI thinkers in the world – salaries, equipment, labs, assistants, Ramakrishnan said. Those people will anchor teams of researchers in natural language, bioinformatics, machine learning, cyber security and robotics – who already call Buffalo and Stony Brook home. “They will not only give us strength, but leadership,” Das said.

But it’s not like there’s a fire sale on AI researchers. “There are huge companies like Facebook and Google courting the same people we are hoping to bring on board,” Ramakrishnan said. “There’s going to be a challenge to get the best talent in AI.”

But what could those teams do? Depends on the market, and what the private companies spin off SUNY’s research can do.

Imagine an AI teaching, say, high school chemistry in a personalized program. “Can I build an AI that understands chemistry?” Ramakrishnan said. Then, can it teach that information? Can it adjust its program to allow for both student progress and failures? It would need to acquire information independently, and detect the patterns in a student’s responses that suggest areas that need more reinforcement and those the student can speed through.

“That’s where we want to take AI – someplace like that,” he said.

The benefits go beyond $4.5 million in seed money and a couple of professorships. Companies tend to cluster where they can get talent, and SUNY is trying to create a cluster around the AI talent. It’s a formula that’s worked before at SUNY: nanotechnology, photonics, biomedicine, bioengineering and green energy. And it could for sure work again.