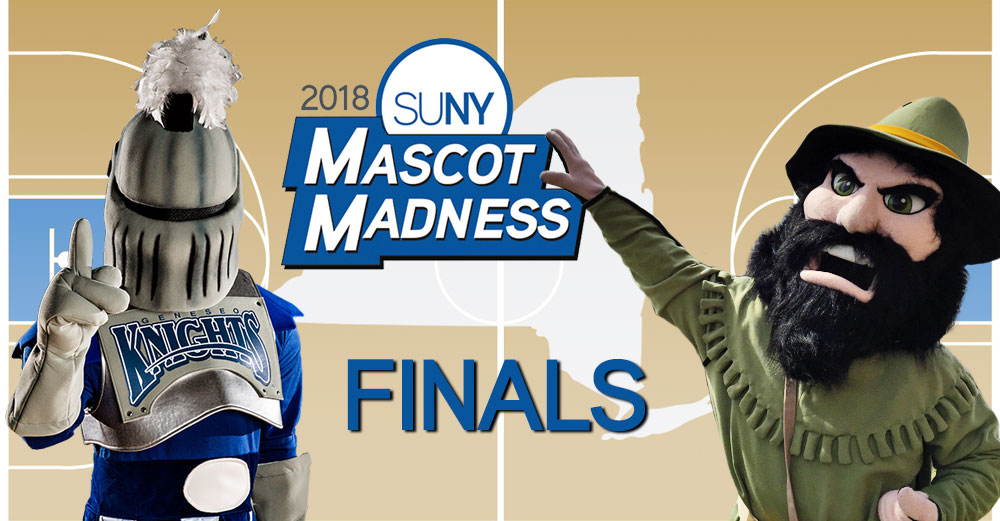 We’ve finally reached the moment you’ve all been waiting for: the final countdown, or more accurately, the final round of Mascot Madness! Even if your favorite mascot didn’t make it to the finals, we still need your help to crown this year’s #1 SUNY mascot. This is a match-up for the ages – a high-performing former champion against an upstart newcomer from the SUNY community college ranks. So, we’re calling on you, students, alumni, faculty and staff, and community members to show some love for our SUNY mascots one last time.

Our two remaining mascots, Victor E. Knight and Rip Van Winkle, have put in tons of hours at the gym and on the fields and courts to make it this far in the competition, and they don’t want to go home empty-handed.

We started with 36 mascots from across our campuses who put their all into to win the coveted title, including some first-time participants. All mascots were randomly placed into four SUNY regions and ranked by the number of athletic teams each mascot represents, which determined who would compete against each other in each round. Now, it’s come down to the finals, and Victor E. Knight and Rip Van Winkle are here to battle for the championship.

As in the Final Four, the championship match will give you a chance to vote via social media. The SUNY twitter account will release a tweet for the championship game asking for users to either retweet or favorite their preferred mascot. These selections will be compiled into the vote totals with each engagement being worth 1/2 vote in the grand totals.

Who will take home the coveted honor of #1 mascot? That’s for you to decide!

Who will be declared #SUNY #MascotMadness champion in 2018? Bonus points available here:
RT to support Victor E. Knight from @SUNYGeneseo
LIKE to support Rip Van Winkle from @SUNY_cgcc pic.twitter.com/NYz3bLFhrQ 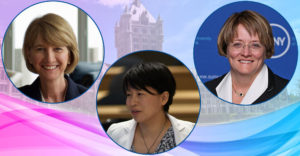 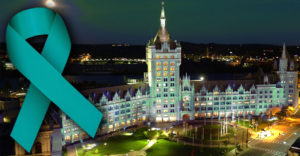