A Creative Education Helped Her Transform an Industry 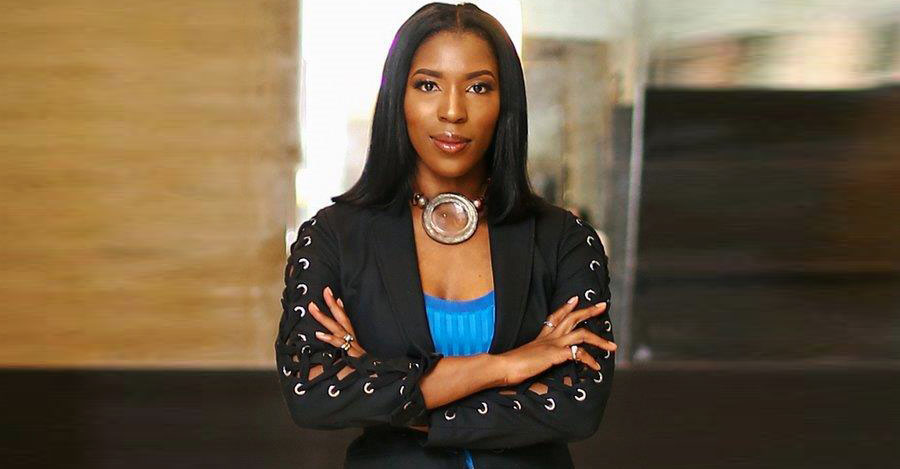 She sits at the intersection of fashion, technology and retail as director of XRC Labs, a “retail tech accelerator.” Sounds impressive – but exactly what does it all  mean?

“At XRC, we accelerate start-up companies that are creating disruptive tech solutions for the retail and consumer goods sector. It’s this great clash of innovation, powered by technology meets traditional fashion and retail systems. These companies are helping traditional retail and fashion companies rethink the way they manufacture, distribute, and sell products to consumers.”

And what about that intersection?

“As the Director of XRC Labs I help select the portfolio startups, then connect them with corporate partners, industry experts, and resources that will accelerate their businesses. This was a career pivot for me. It  gave me the opportunity to focus on becoming a systems builder.”

Fashion wasn’t what it is today when Carly first became enamored with top-flight brands. She was 13 when the clothing bug hit her.

“I dreamt about being a part of the fashion world when I saw the amazing designs of Alexander McQueen. I was instantly captivated and inspired by such a level of creativity and craftsmanship. I would spend hours looking at editorial images and fashion shows, which led to researching notable figures, business strategies, and power players in the industry. Over time, my passion evolved beyond appreciation for the design of the garments to a fascination with the system that drives the entire industry.”

But her passion hit a snag when she told her parents she wanted a career in the fashion industry. Says Carly-Ann: “I’m originally from St. Vincent and The Grenadines in the Caribbean. Culturally, many West Indian parents would prefer that their children enter a field that is considered more secure, like medicine or accounting.

“My parents were apprehensive at first when I expressed my interest in pursuing a career in fashion. Creative fields are associated with a high level of risk and uncertainty. It’s unlike medicine or accounting, where there is a clear path to secure employment with accurate projections of future earnings. My parents only wanted the best for me, and once I explained why fashion is where I belonged, they understood and remain super supportive.”

From there Carly-Ann dove in head first to nourish her desire for a fashion career. That’s where Farmingdale State College came in.

“I attended Farmingdale because the school has a great graphic design program with a rigorous fine arts foundation. The classical fine arts training I received there has been a huge asset to my career foundation. As students we were not allowed to work in Adobe Suite or attempt to execute anything on the computer until our third year. That really helped to strengthen my creative eye which I used in my initial positions in fashion. At Farmingdale I was fortunate to have professors who gave me the freedom to create work that had a focus on fashion.”

While studying, Carly-Ann landed a freelance job at Tommy Hilfiger. It was a foot in the door, which gave her a foundation that reverberates in her life even today.

Carly-Ann graduated FSC with visual communications degree, and three years later enrolled at Parsons School of Design, where she earned an MA in Fashion Studies, with a concentration in Strategic Design and Management. She joined XRC Labs directly from school as an associate, was promoted to program director in her first month, and within a year was named XRC Labs’ director.

She has become a force in the industry, too, having been featured on Forbes.com and NASDAQ Spotlight, and having anchored panels on diversity and inclusion in tech and entrepreneurship at Parsons School of Design at the New School, and NYU. She succeeds at a job that didn’t even exist five years ago, with influence as a thought leader on topics that weren’t even being discussed.

“There is nothing typical about my career path. There was no blueprint that helped me get to where I am now,” Carly-Ann says. “I was open-minded and willing to explore new paths, even though I didn’t see anyone who had my background or even who looked like me to follow. I was clear-eyed about  the challenges that the fashion industry was facing and wanted to explore what change and innovation could look like for the industry. It’s exciting to be in the middle of a shift or a great transformation.”

And how is she helping transform the industry?

“Running an innovation lab that supports disruptive technologies helps to introduce new concepts on how things can be done differently. To date, XRC has  accelerated 55 disruptive start-ups that are moving the system forward and creating a blueprint for a different way of thinking. Innovation sparks great concepts on which traditional systems such as fashion and retail can rebuild.”

Given the upheaval she describes, can she even project where she and the industry will be, in say, five years?

“The fashion industry in particular will continue to undergo major shifts in the coming years. There are so many opportunities to rethink and rebuild systems, starting with the educational level all the way up to the C-Suite.”

And Carly has all the confidence in the world that she will be in the middle of that rethinking and rebuilding.

“I look forward to being a thought leader and contributing to that new foundation. I seek to strike a balance between going with the flow and planning. As long as I keep working at it, I will wind up where I am destined to be, one way or another.”