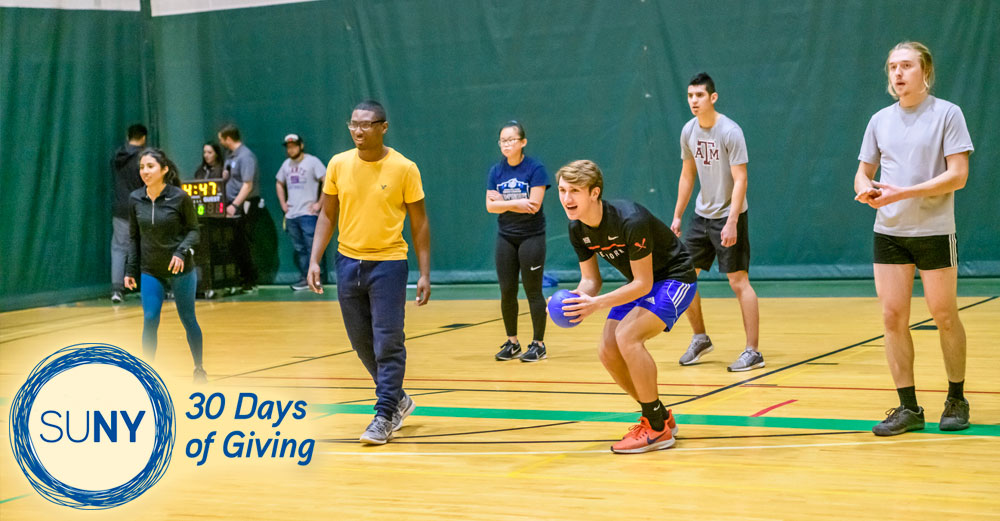 The 2019 tournament, which included five teams of students, faculty and staff, raised $180 toward the Ronald McDonald House Charities, which was the same charity the tournament supported last year.

S.A.L.T. was created in 2018 to promote the involvement of student-athletes in campus activities and the organization provides programs that encourage academic and athletic achievement, personal/career development and service to the community.

In the second annual S.A.L.T. Tournament, held on November 25th, the dodgeball squad, made up of players from the Viking baseball team, defended its title for the second consecutive year. They defeated the Student Athletic Trainers in the championship round.

Across SUNY, students, faculty and administration alike are coming together to in the spirit of charity and togetherness. 30 Days of Giving is our annual tradition, which starts on Thanksgiving every year, where we reflect on efforts of the past year and highlight some of the selfless acts of that members of the SUNY community are leading. Stay tuned for more.