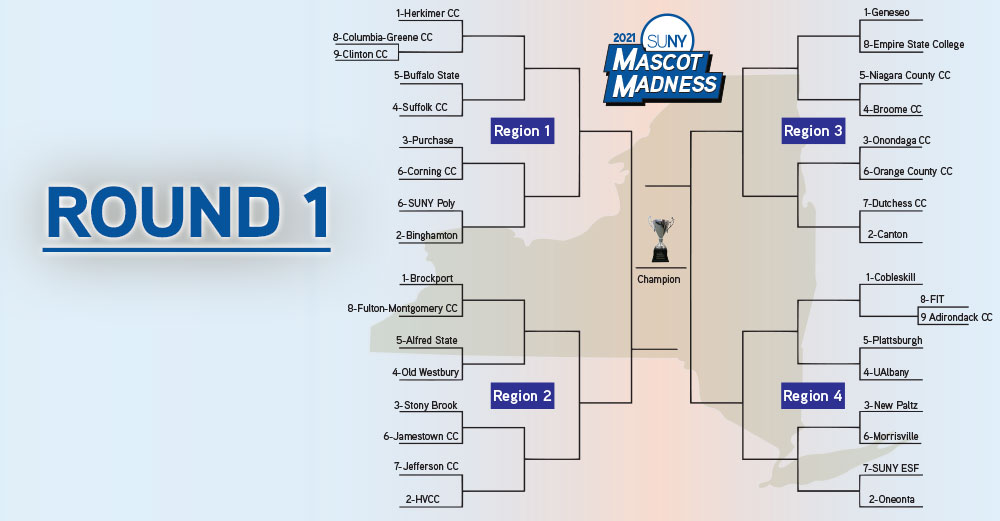 It’s been a most unusual year, but Mascot Madness is back! Our mascots have been itching for the chance to raise school spirit in any format they can get – virtual, hybrid, or in-person (socially distanceed!) From march 16 to April 7, 34 of our SUNY mascots will be competing for the title of New York’s favorite college mascot.

The last time this tournament was held, we had a new champion crowned in Rip van Winkle from Columbia-Greene Community College. Has he slept through the celebrations for that title and is he ready to defend? Or maybe we get a new first-time winner this year. Only you can decide.

The schedule for this year’s tournament is as follows:

Fans will be able to vote once per day per game. In order for your vote to count, you simply have to verify it via an active email address. Once the round ends, the competitor with more votes cast moves on to the next round. Round 1 begins Tuesday, March 16th at 12:00pm and ends on Friday, March 19 at 3:00pm.