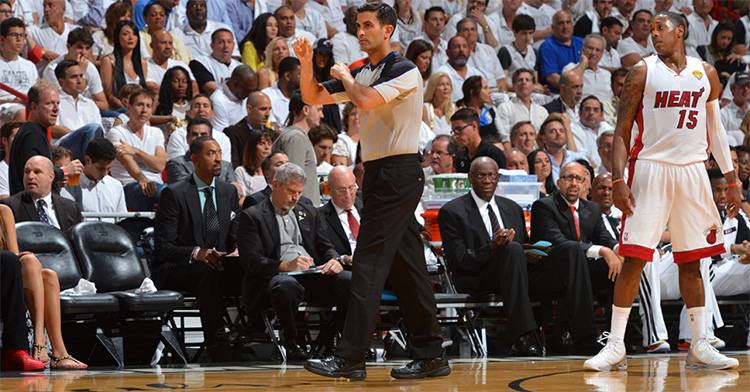 This season’s NBA Finals series hosts at least one SUNY alumnus on the court–except he’s not scoring baskets.

After 11 years of being an NBA official, a former men’s basketball student-athlete earned the most prestigious assignment in the sport: working the NBA Finals.

Zach Zarba, who played for SUNY New Paltz, worked Tuesday night’s game three of the 2014 NBA Finals between the two-time defending NBA champion Miami Heat and the San Antonio Spurs at Miami’s American Airlines Arena. He worked alongside 21st-year official what is the cost of cialis Monty McCutchen and 19th-year official Tony Brothers.

“Working the finals and being able to share that with the people who helped you get there was the best part,” Zach said. He notes that nearly half of his family and friends in the photo to the right also attended SUNY New Paltz.

Zach earned his undergraduate degree in political science from SUNY New Paltz, located in the Catskills Region of New York, in 1997 and competed on the Hawks’ men’s basketball team from 1994-97, seeing action in 40 contests. He served as a team captain during his senior season.

And here’s the honorary black and white photograph of Zach during his time in college: 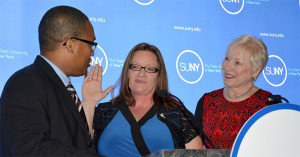 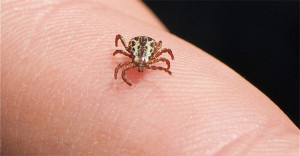 Next post Lyme Disease: What It Is and How It’s Caused

Big Ideas
May 3, 2022October 26, 2022
Student athletes face many demands in today's competitive environment. In addition to the realities of everyday student stressors—whether that be...
Winnie Yu
May 18, 2020May 18, 2020
College graduates are entering the "real world" at a time like no other, especially those who have just completed medical...
Julie Maio
November 12, 2019
According to American playwright Neil LaBute, "everyone has a story." That sentiment rings true for the nearly three million SUNY...
Taryn Rackmyer
October 9, 2019
"The University at Albany expanded my horizons and helped me realize my potential." As the largest comprehensive system of public...
Taryn Rackmyer
October 1, 2019
College athletics is a big deal across America. Big and small schools spanning Division I to III and all the...
Taryn Rackmyer
September 10, 2019September 12, 2019
As the largest comprehensive system of public higher education in the country, the vast number of alumni graduating from our...