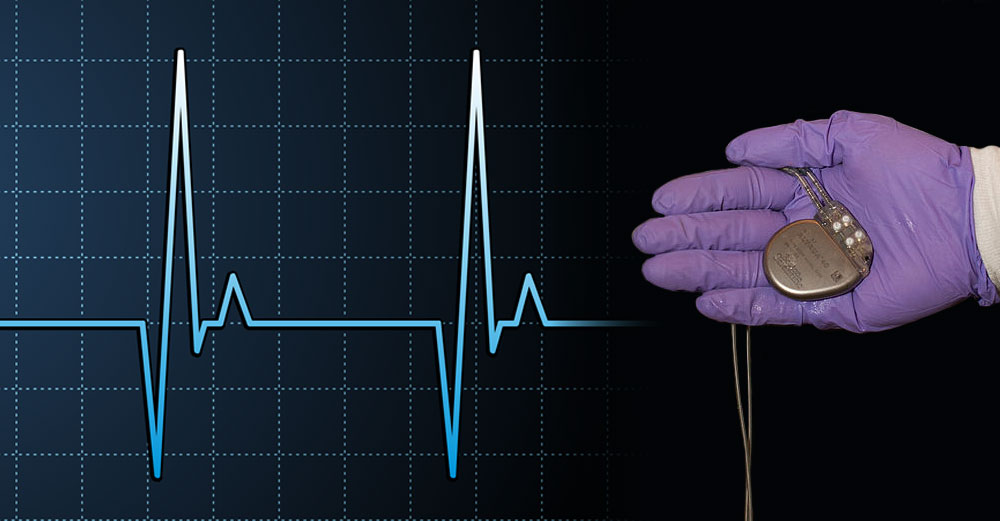 What do buy viagra cialis levitra hearts, batteries, and the moon have in common? Wilson Greatbatch, a distinguished alumnus and former member of the engineering faculty at the University at Buffalo.

Greatbatch is a member of the National Inventors Hall of Fame and National Aerospace Hall of Fame. In 1990, he received the National Medal of Technology from President George H.W. Bush, and, later, the UB Alumni Association’s Distinguished Alumni Award.

For Greatbatch, knowledge was not parsed into discrete fields of study. Rather, his success grew out of a vast curiosity and eagerness to learn from scientists and educators in every discipline. He perpetually embraced new entrepreneurial ventures and owned more than 325 patents in a number of different industries—medical, aerospace, engineering. Throughout his life and career, Greatbatch nurtured an interdisciplinary, open mind.

Nowhere is this more evident than in the story of how he invented the implantable cardiac pacemaker, a device that has improved and saved millions of lives around the cheap levitra canada world.

While enrolled as an electrical engineering undergraduate at Cornell, Greatbatch worked part-time in a local lab, where he saw a grad student using an electronic device in psych experiments on animals. Naturally inquisitive, Greatbatch got a job at the Psychology Department’s Animal Behavior Farm; there he met two brain surgeons conducting experimental brain surgery on goats. Greatbatch, true to form, probed them for information on human physiology.

The subject that interested him most was heart block. In a normal heart, an electrical signal passes from the upper to the lower chambers, causing the heart to contract and pump blood. With heart block, the electrical signal is slowed or disrupted. In a flash, Greatbatch realized that the problem could be solved using electrical engineering principles. “When they described it,” Greatbatch writes, “I knew I could fix it, but not with the vacuum tubes and storage batteries we had then.”

Greatbatch returned to Buffalo to earn a master’s in engineering and teach in UB’s Electrical Engineering Department just as transistors were replacing the much bulkier vacuum tubes. Thrilled, he immediately began experimenting with the tiny devices. Meanwhile, he continued his medical pursuits by working with a doctor who recorded fast heart sounds off an oscillator (a circuit that produces a repetitive electronic signal).

Greatbatch’s medical and engineering interests married when he began to build his own oscillator. As he reached into his resistor box, he picked up the wrong one and inserted it into the machine—a mistake leading to what NBC called one of the “Ten Greatest (Accidental) Inventions of all Time.”

In his memoir, The Making of the Pacemaker, Greatbatch describes this fortuitous moment: “The circuit started to ‘squeg’ with a 1.8 ms pulse, followed by a one-second quiescent interval. During the interval, the transistor was cut off and drew practically no current. I stared at the thing in disbelief and then realized that this was exactly what was needed to drive a heart.”

Greatbatch got to work designing the first implantable pacemaker. He teamed up with Dr. William Chardack, chief of surgery at the Veterans Administration Hospital in Buffalo, and by 1958, they’d successfully implanted their first pacemaker in a dog.

Ecstatic, Greatbatch quit his job to devote himself to working full-time on the device. Handing his life savings over to his wife, he turned his barn into a laboratory, where he spent two years painstakingly building fifty pacemakers by hand, perpetually improving their design.

Finally Greatbatch and Chardack were ready to implant their pacemaker in human subjects. Of the ten clinical patients who received the device, two lived more than twenty years. Greatbatch patented the pacemaker and licensed its manufacture to Medtronic, a company that built external pacemakers.

At Medtronic, Greatbatch and Chardack continued to work on the device to improve its longevity, thus requiring fewer surgeries. Eventually they reached the point where the only limit to how long a pacemaker could remain implanted was the battery powering it. Greatbatch tried convincing Medtronic to set up a facility for battery R&D, but Medtronic hesitated. Undeterred, Greatbatch forged ahead once again: He terminated his contract with Medtronic and struck out on his own to design a battery that could power a pacemaker for life.

He experimented with nuclear, rechargeable, biological, chemical, and atomic models, finally settling on one with a lithium anode, iodine cathode, and solid-state, self-healing crystalline electrolyte. He formed a second company, Wilson Greatbatch, Ltd., to manufacture the batteries, establishing Buffalo as a leader in the medical device industry and UB as a valued research partner.

As engaged as Greatbatch was in his businesses and research, those who knew him said that he was happiest at UB, meeting new students, sharing his scientific knowledge, and modeling entrepreneurship.

Says Dean Millar, assistant dean at UB’s Engineering Career Institute, “For seventeen years, Wilson came and talked with my students.” Greatbatch captivated them as he described his work and encouraged them to be interdisciplinary and learn technology beyond their specific majors.

“He told them to talk with each other and with experts about ideas they’re working on. He told them not to fear failure. He told them to pursue their work as an act of love, not as a badge of success or approval. He told them to have a never-ending thirst for new ideas that could help them make a positive impact on the world,” said Millar. “And he talked about nuclear fusion, which was his passion at the end of his life.”

Greatbatch concludes his memoir, The Making of the Pacemaker, with a chapter titled “Looking to the Future.” In it, he predicts that fossil fuels will be depleted by 2050 and suggests nuclear fusion as an alternative power source.

Turning for the last time to his beloved electricity (“Electricity…always fascinated me. I think it was the mystery of it,” he wrote), Greatbatch describes a process known as electrostatic confinement, in which ions of helium-3 (an isotope that is thought to be abundant on the Moon) are dropped into an electric field, where they oscillate at increasing speed until two collide and fuse into an He-4 ion.

According to Greatbatch, the two protons left over from this collision could produce a half-million volts of DC electricity that could be fed directly into existing power distribution grids. “By going to future global He-3 power generation, we can wipe out much of global warming in one fell swoop,” he wrote. That was seventeen years ago. This April, NASA announced Phase 1 trials to demonstrate engineering solutions for Inertial Electrostatic Confinement nuclear fusion.

Louis Pasteur famously said that chance favors a prepared mind. If the millions of lives saved, scientists inspired, and companies formed by Wilson Greatbatch are any indication, we might ask ourselves whether chance might favor a mind that is open even more than it favors a mind that is merely prepared.

Wilson Greatbatch passed away in September 2011 at the age of 92. 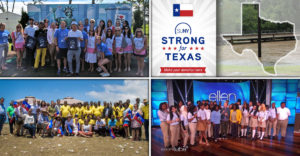 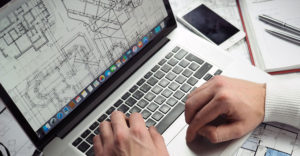 Next post Music, Gaming, Technology, and More – Ten Interesting Classes to Take at SUNY This Spring