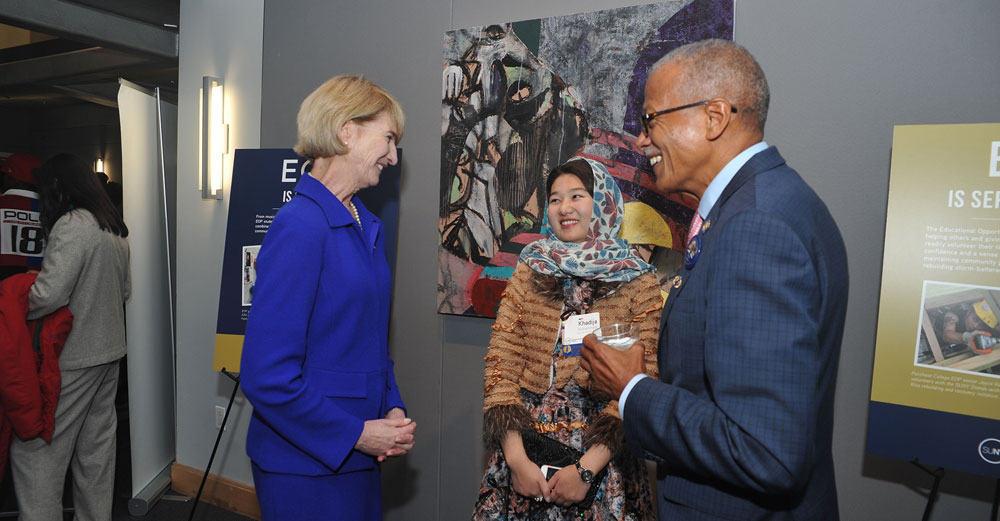 There have been plenty of bumps in the road along the way, but life challenges do not define these SUNY students. The 42 recipients of the inaugural Norman R. McConney, Jr. Award for EOP Student Excellence have refused to let hurdles or setbacks prevent them from achieving their academic and life goals.

SUNY Chancellor Kristina M. Johnson presented certificates to the awardees at a ceremony and reception held at the SUNY Global Center in Manhattan on October 17. “We are enormously proud of the students receiving these awards today,” said Dr. Johnson, “Many of them have overcome enormous obstacles to fulfill goals that once may have seemed unattainable. I applaud every one of them for demonstrating perseverance and determination.”

Cesar Perales, Vice Chairman of the SUNY Board of Trustees and Lt. Governor Kathy Hochul also offered their congratulations to the honorees.

The award bears the name of Norman McConney, one of the architects of the statewide SUNY Educational Opportunity Program, who was a champion for addressing inequities faced by economically disadvantaged and underrepresented populations. The Norman R. McConney, Jr. Award for EOP Student Excellence recognizes students who have exhibited academic success, perseverance and leadership qualities during their journey to earn an associate’s or bachelor’s degree.

Serving as Executive Director of the Office of Deputy Speaker, for the Honorable Arthur O. Eve, the founder of EOP – Mr. McConney helped draft the legislation that expanded the program system-wide. EOP currently serves approximately 11,000 students on 48 campuses.

The Honorable Carl E. Heastie, Speaker of the New York State Assembly, a long-time champion of EOP, gave the keynote address. Speaker Heastie shared his admiration for Deputy Speaker Eve and the late Mr. McConney, applauded the students for their hard work, and reiterated his support for the program. “Education is the key to a successful future, that’s why when I became Speaker, one of my top priorities was supporting opportunity programs for higher education. And every year since, we have continued to fight to fund the EOP program, so students from every walk of life have shot at a college education and a bright future.”

The honorees were humbled by the recognition bestowed upon them. “Wow, this is something special,” said Nazier Travis, an awardee majoring in Business Administration at Monroe Community College, when referring to the honor. “I never would have thought I could accomplish that.”

Latishe Thorpe, an EOP student with a 4.0 GPA at Dutchess Community College, gave the student address. A single mother of five children, Thorpe grew up in foster homes and never dreamed she would go to college. “I’m glad people think I deserve something so awesome,” said Thorpe.

Yulissa Gomez moved to the United States with her family from Mexico and entered SUNY Oneonta while still acquiring English. The Early Child/Childhood education major credited EOP for much of her success, saying “Without the support of EOP, I don’t think I would be in college, to be honest.”

“Through the EOP, SUNY has changed the course of so many lives and has given so many students the chance to excel and pursue their dreams,” said SUNY Chancellor Kristina M. Johnson, who also spoke at the event. “We are enormously proud of the students receiving these awards. Many of them have overcome enormous obstacles to fulfill goals that once may have seemed unattainable. I applaud every one of them for demonstrating perseverance and determination.”

EOP provides a supportive learning environment, sets high expectations of its students and provides a high level of support to help them achieve their academic and career goals. The programs, which offers a pre-college summer experience, skill development workshops, academic enrichment and instruction, specialized counseling, academic advising, tutoring and financial counseling, mentoring and a modest financial stipend, plays a leading role in promoting social mobility for New York State students. Since its inception in 1967, more than 75,000 students have graduated from a SUNY institution as a result of the access and support provided by the program. 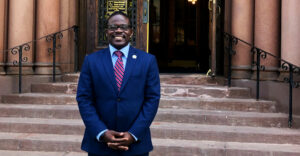 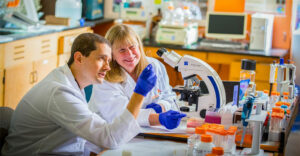 Next post Driven by Personal Loss, Researcher Embarks On A Quest For a Better Breast Cancer Treatment