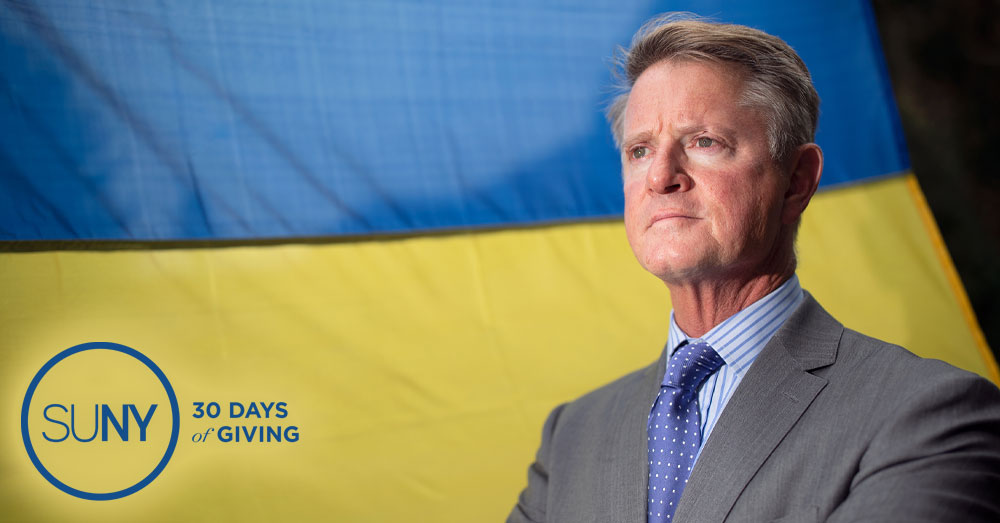 Public service can reach far beyond one’s own neighborhood. For SUNY Potsdam, it has gone viagra blister 4 across the world to Ukraine, a country facing immense hardships this year, thanks to a professor and Fulbright Scholar.

Dr. Gregory A. Gardner has had a long career that had him spend time in the military, business, academia, and more. Through it all, he has always focused his efforts on advancing democracy and promoting free commerce — first with the U.S. Air Force, and now as a SUNY Potsdam faculty member and Fulbright Scholar.

When the war broke out in Ukraine this year, Gardner dedicated himself to supporting his friends and contacts there in any way that he could, whether sponsoring refugees, establishing educational partnerships or advising on a future economic revival.

“When the war began, I was terrified for my friends and colleagues cialis by mail across Ukraine, including students who had been in my lectures and classes. I always knew they were a strong people, but they are amazingly brave,” Gardner said. “In many ways, what we’re seeing now feels very much like a return to the Cold War.”

The professor brings a unique vantage point and real world experience to his scholarship and his work at SUNY Potsdam. Born in Abilene, Texas, Gardner traveled the country as the son of an Air Force officer. When it came time to choose a career, entering the Air Force just “felt like the correct and natural thing to do,” he said.

After a number of years of distinguished service, Gardner finally bade farewell viagra soft tabs to the military for good and made the leap to higher education in 1994, joining the faculty at Jefferson Community College. Eventually, took an opportunity to join SUNY Potsdam’s faculty in the Department of Business Administration, allowing him to teach higher level courses, including some of the College’s classes offered at JCC through the Watertown extension program.

As his career in education continued and Gardner became a professor of business administration at SUNY Potsdam with a Ph.D. in organizational management to his name, the retired colonel found that he was a popular guest with universities in the former Eastern Bloc. It didn’t hurt that he can speak Russian and German, along with a smattering of French.

“When I first got to SUNY Potsdam, the department already had a relationship with a university in Kherson, Ukraine, and a state department grant to help create a business-related relationship. So, when I showed up, they asked if I had ever been to Ukraine and if I’d like to go again. I said, ‘Yes I have, and yes I would, but this time I can use my own name!’” Gardner said.

With Dr. Gardner involved, SUNY Potsdam and Kyiv National Economic University signed an agreement establishing a dual degree program to prepare future leaders. The program will eventually allow students to earn both a Bachelor of Science degree in business administration from SUNY Potsdam and a bachelor’s degree in international economics from KNEU at the same time.

Dr. Gardner has established himself as a change agent all over the world. But for his students, Gardner hopes that they see in his work the importance of preparation, resilience and doing your part, no matter the circumstances.

Learn more about Dr. Gregory Gardner and his work at SUNY Postdam. 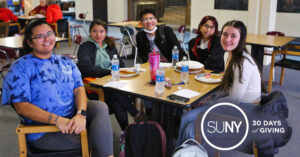