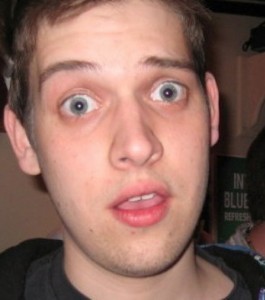 Eric Limer is a tech enthusiast and a professional writer for popular technology blog Gizmodo, part of the Gawker Media network. Mr. Limer is a University at Albany alumnus of the Class of 2011 with a B.A. in English Literature.

Following graduation, Mr. Limer turned an internship into a job with technology blog Geekosystem.  He then began to contribute to technology blog, Gizmodo, until he joined the team as a Staff Writer this spring.

As a Staff Writer, Mr. Limer composes dozens of articles every week and garners hundreds of thousands of impressions on his stories, which is a testament to his talent and persistence in his work. Although the focus of Gizmodo is on technology, Mr. Limer finds no limit; he authors content ranging from NASA‘s thermal tiles to explaining why orange juice and the aftertaste of toothpaste don’t mix.

Mr. Limer’s story is a model of SUNY success. He performed well in school, then gained an internship, turned that into a job offer, and worked his way to a globally influential position in web content.

1.   What came first—your fascination with technology or interest in writing?
It sort of happened both ways. I’ve been super into technology — specifically computer and video games — as long as I can remember. In fact, I aspired to get a Computer Science degree for my first one and a half years at the University at Albany. BUT! I only attempted a degree in computer science because I thought it’d be too hard to hack it as a writer, which was my first earnest job aspiration (after “fireman” and “astronaut” etc). And then once it became pretty clear I would fail out of the Computer Science program at one point or another, I just decided to take a risk with an English Degree. 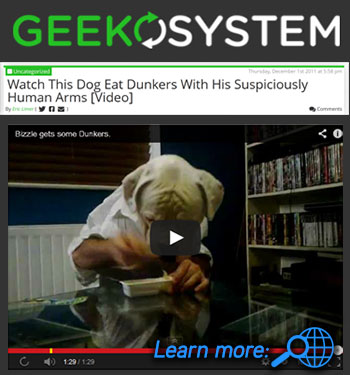 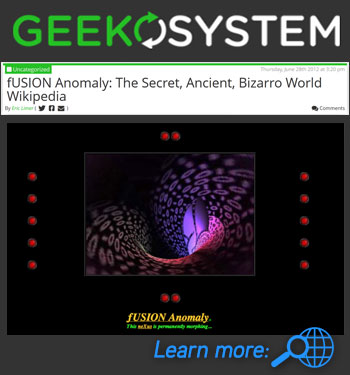 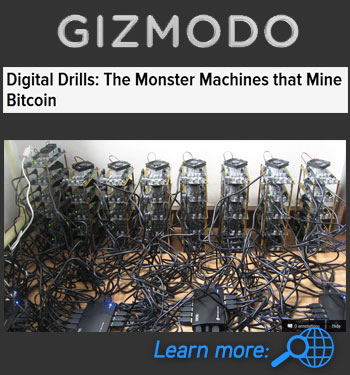 I took a lot of English classes, if that counts. Beyond the mountains of critical essays, I did some other flavors of writing as well. I took a creative non-fiction class that really opened me up to writing in a creative sense. It was around then that I made a hobby of writing weird little stories on my ugly blog. In my senior year I took a creative writing class which convinced me I should try to write a novel someday. Still haven’t gotten around to that. Oh, and I took an intro journalism class once, but that actually had the least effect of anything re: the way my career path actually turned out.

3.    Do you view your work as journalism or commentary?  Neither?

Definitely not journalism. Which isn’t to say that “journalism” can’t happen on blogs, or even on Gizmodo; I’ve just never done anything that serious. Yet. I don’t know what I’d require of my own writing to consider it “journalism” but the term seems to suggest a certain amount of gravitas I’ve never been able to attribute to my own work. Also it tends to involve talking to other people and I usually work in a vacuum (by choice).

4.   How was the transition from writing for Geekosystem to Gizmodo?  And what is a typical day like for you?

The transition was crazy, awesome in some ways, terrifying in others. The biggest shift was in readership. At Geekosystem I could say pretty much whatever I wanted with little dissent because the readership was so small. At Giz, I’m still amazed by how often the people behind the things that I write about will actually show up and react to what I’ve said. In the comments, or in an email or on Twitter. But there’s also a lot more contrarianism from commenters who are no way involved in the subject matter and just like being contrary.

A normal day pretty much consists of sitting down in front of computer and reading “the Internet” in the form of an RSS feed with thousands of sites. It’s like drinking from a firehose. Also, I have things set up so every tweet by everyone I follow pops onto my screen in real time. I do that mostly all day.

There’s a lot less actual writing than one might think; it’s mostly looking for things to write, emails, meetings, scheduling. The writing comes in bursts, and they are usually quite short and very very intense. Often minutes and seconds count. It’s unlike any writing I’ve ever done before.

5.   What is your favorite part of the field you’re in?  Best piece you’ve ever written?  Most interesting content you’ve produced?

Getting to play with new tech — often before it’s available to the general public — is awesome. There’s also a really jocular, self-deprecating yet often scathing community full of hilarious tech-world-ish writers on Twitter and I get to read their jokes all day.

Splitting this into three things. This is my favorite thing I’ve ever written. Really. This is one of the most interesting, I think. This is probably the best, to date.

6.   Overall, how did the University at Albany help prepare you for life and your career?

My experience at Albany was what really opened me up to writing as a creative outlet. It’d had always been something I was good at and enjoyed, but it wasn’t until I took a creative non-fiction and a short stories class at Albany that I started writing to try and produce things of artistic merit rather than just churning out English literature classes. That kind of writing is still just a hobby for me, but it’s an important one.

It sounds so stupid but “follow your dreams” or something to that effect. I tried really hard to avoid English as a focus of education because I figured it was cool to be cynical and opt for the less interesting degree that would get me a more soul-sucking job. It didn’t work; I just wound up going back to what I loved anyway, and I regret losing the time that I lost pursuing other “more realistic” options before I’d given my real interest a fair shake.