5 SUNY Athletic Programs to Look Foward to This Fall

All over New York State, SUNY athletics play a significant role in each one of our 64 state wide campuses. SUNY athletics range from NJCAA and Division III all the way up to Division I. Not only are school athletics important for the obvious reason of competition, but they are also important in creating and building strong school pride and community spirit. Being a part of such a program is not something to be overlooked and being apart of SUNY creates that feeling of fulfillment.

Whether it be Division III or Division I, no accomplishment goes without recognition. These student athletes put forth extreme dedication to not only sports, but schoolwork as well. SUNY athletic programs have flourished through their histories and will continue to strive for excellence.

Lets take a look at a couple SUNY athletic programs to look forward to this fall! 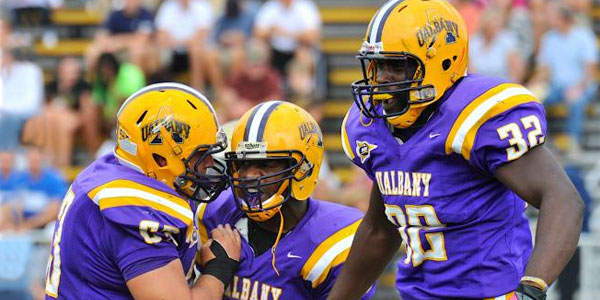 This year marks the end of an era, and the start of a new rivalry. Legendary Albany football coach Bob Ford is set to retire after this season, and the Great Danes hope to make the most of it. After winning back-to-back Conference Championships the last two seasons, the Danes moved into the Colonial Athletic Association. University at Albany football hopes Bob Ford field, a beautiful new 8,500 capacity stadium, can lead them to yet another conference title. Standing in their way is the Stony Brook University Seawolves, who beat Albany 31-28 in the first round of the Football Championship Subdivision playoffs last season. Stony Brook lost in the second round of the Division I Football Championship to Montana, and hopes to go even further this season. Both teams will face difficult competition throughout the CAA, and will meet to renew their rivalry November 23rd 2013; the last game of the season for both teams. Surely neither team will disappoint! 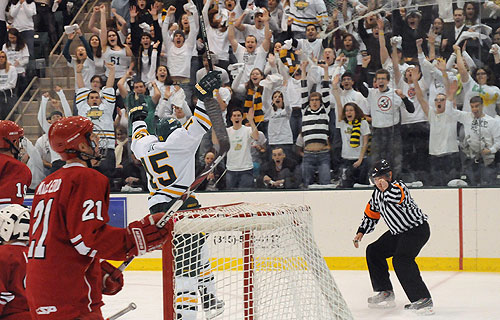 Over the past 35 years, SUNY Oswego and SUNY Plattsburgh have met a total of 98 times on the same ice, with Plattsburgh owning the rivalry 67-31. Last season Oswego State nudged out Plattsburgh for the Divison III SUNYAC Championship. The Oswego State Lakers are the only team to be a part of all 29 SUNYAC tournaments, and although they are down in the overall rivalry record, this year they have the bragging rights. Plattsburgh State plans to change that and will need the fans for support. For the 2013-2014 upcoming season, the Plattsburgh Cardinals have sold out of season tickets. The first meeting between these two teams will be December 7th at Oswego, where it is sure to be a packed house. 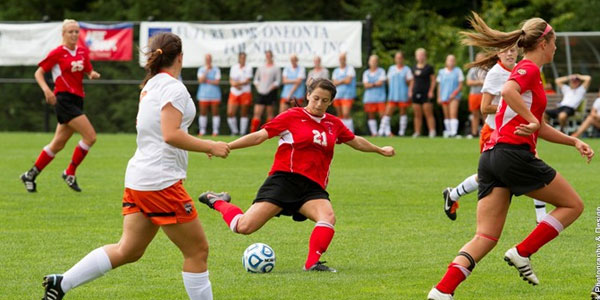 Last season ended in disappointment for the Oneonta Red Dragons. After finishing the regular season 12-7-1, the Red Dragons made a push to the SUNYAC Division III Championship. There, they lost to the Cortland Red Dragons in a close battle, 2-1. This season the team is already off to a great start. With a current record of 3-1 and seven experienced starters returning, the Red Dragons of Oneonta managed to win the Mayors Cup. The team is ready to continue their winning ways and eventually capture a SUNYAC Division III Championship. They will face off against Cortland September 27th at home, and will look to redeem themselves from last year’s defeat. 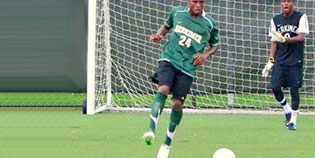 Being nationally ranked number one in the nation for Division III soccer is not an easy mark to live up to. The Herkimer Men’s Soccer team makes it look easy and is very used to dominating their competition. They have won 9 NJCAA National Championships, including consecutive ones in 2011 and 2012. Along with 9 NJCAA National Championships, the Herkimer Generals have won a whopping 22 straight regional division III titles, and 23 overall. Already off to a good start, the Generals shut out their first opponent and have started the season with a current record of 2-0. If winning is what you like watching, their next game will be played September 18th at home against Fulton-Montgomery Community College. 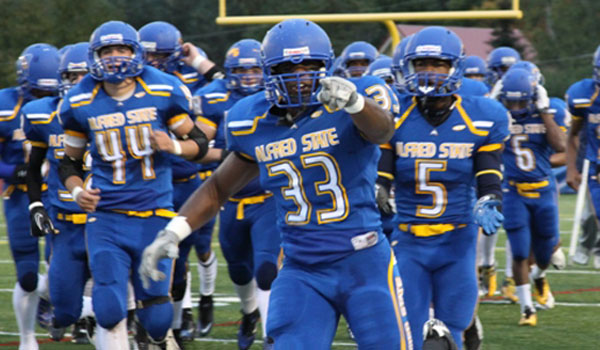