2013 was a banner year for the Generation SUNY blog! While we explain what impact SUNY has on New Yorkers year-round in response to developments of SUNY and its 64 campuses, we are presented with an extraordinary opportunity to engage so many different audiences. From students and alumni who passionately support their alma mater to awesome inventions that will shape tomorrow’s global village to ensuring higher education is affordable and accessible for as many New Yorkers are possible, here is a tiny sample of our favorite posts from the past year:

The exciting aspect of the Generation SUNY blog being written by college interns is that we know how to connect with students best. This is important because our audience is so diverse (we generated solid traffic from over 135 countries in 2013, up from under 65 in 2012). Former intern-and-now-full-time-employee Emily Schwartz conceptualized a competition this spring to bring together SUNY campuses on one, central theme: their mascot. And thus bloomed SUNY Mascot Madness — timed in line with the NCAA’s March Madness — which saw over 30 SUNY mascots’ supporters bring together campus communities and fostered incredible school spirit across New York. [read SUNY Mascot Madness – Final Four] 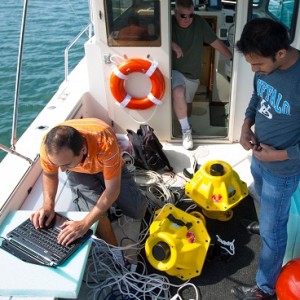 The Research Foundation for SUNY oversees around 300 patent filings every year, which indicates that there is a healthy amount of creative genius fostering innovation throughout the university system. One invention in particular that caught our attention, though, was the University at Buffalo’s method to deliver underwater wi-fi. Traditionally, wi-fi is delivered through radio waves; however, these waves are distorted in water. Therefore, the team found, sound waves were necessary–and subsequently based the project off of that principle. The potential impact is huge–from tsunami sensors to divers’ communications to recreational purposes–and it will be incredibly interesting to watch this project move forward in the coming year. [read The University at Buffalo Takes The Web Underwater]

There has always existed a close relationship between economic development and our public university system–after all, part of our mission is to support economic advancement in New York. This year, however, Governor Cuomo initiated an intimacy between higher education in New York and a core economic staple: manufacturing. With the introduction of legislation, and subsequent passage of it, a major hurdle to doing business in New York is removed (taxes) for ten years and incredible resources (human capital and space) are made available for select businesses who create, expand, or move to New York. What Start-Up NY aims to do has never been attempted at such as grand scale and sets the stage for a dramatic economic revitalization in upstate New York. [read Governor Cuomo and Legislative Leaders Announce Agreement on Start-Up NY Legislation That Will Implement Tax-Free NY Initiative] 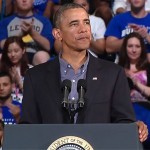 It is difficult to overstate the importance of President Obama’s visit to two more SUNY campuses last summer, bringing his total number of campuses visited to four during his presidency (once he reaches five, does he get a free t-shirt?). The President’s announcement of “A Better Bargain”, which called for more affordable and transparent higher education costs, was made at the University at Buffalo. He touted Chancellor Zimpher, Governor Cuomo, and the “folks at SUNY’s” hard work to keep costs down for hard-working students. At Binghamton University, President Obama gave students an opportunity to better understand the initiative through a town-hall session, fielding questions from New Yorkers for nearly two hours. Politico marked the visits as “unsurprising”, noting that President Obama always looks to SUNY when the topic of affordable higher education for Americans comes up. [read President Barack Obama Visits Binghamton University and The University at Buffalo]