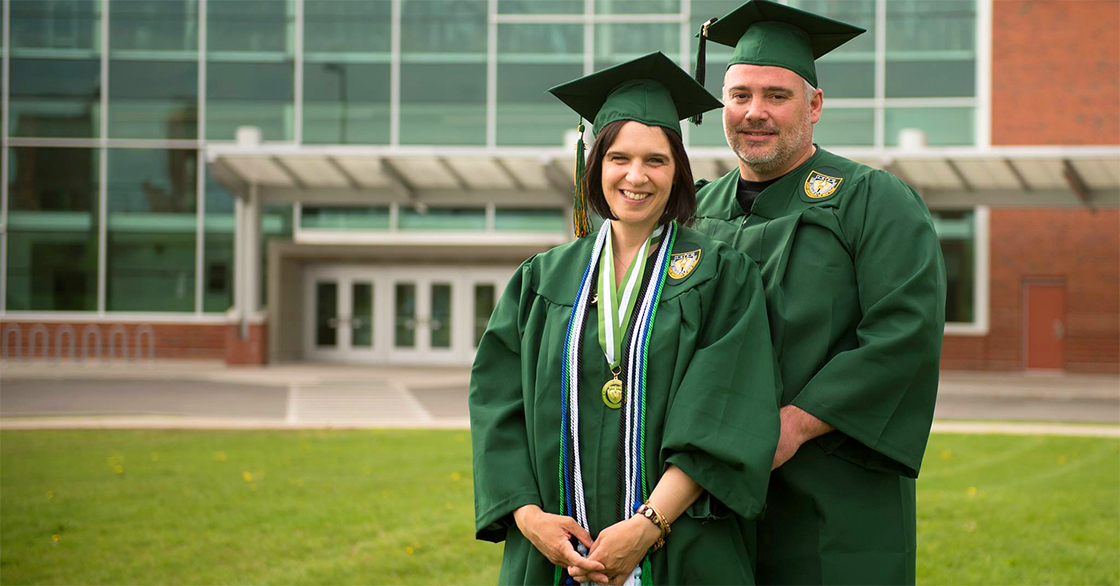 Raising four children is daunting enough, but imagine both parents being in college at the same time. That’s the way it’s been for one New York couple since 2010.

The proud parents, Buffie and Rob Edick, will join thousands of students, parents and friends at the College at Brockport Class of 2014 Commencement Ceremony in Western New York in May 2014 to celebrate hard work and achievement as they both earn their bachelor degrees.

In 2010, Buffie enrolled full-time at the College at Brockport to pursue a psychology degree and Rob enrolled and started taking classes part-time to pursue his earth science degree. He was able to transfer a number of credits from coursework completed over 20 years ago as the result of an associate’s degree from Onondaga Community College and classes at SUNY Oswego through SUNY’s Seamless Transfer Program.

Both say it’s a more significant accomplishment for the other in terms of earning their first bachelor’s degrees.

“I made this my job so I would put in eight hours a day of classes and homework,” Buffie says. “That was my job so I could get it done whereas Rob has done it because he really wants to. So I think that’s a bigger deal.”

Post by SUNY – The State University of New York.

The road to this year’s emotional graduation ceremony has not been easy. Rob has spent the last 17 years working overnights at Wegmans–a choice the couple made to better balance the demands of child care. That means Rob’s shift at Wegmans would end just in time for a morning class and, in some cases, an afternoon lab.

The intense, full-time academic schedule for Buffie since the fall of 2010 was made even more challenging by the normal distractions of a household of six.

“He can do homework while the kids are in school. I was trying to develop a plan without having to be up at 2 am. I’ve had to learn how to do homework with music blaring in my ears,” she says with a chuckle.

When they reflect back on their experience at college, both point to all levels of support they have received in their time from students, faculty, and the College’s staff.

“When I came here, I thought I was going to be a fish out of water, but all of the younger people I have dealt with have been very friendly, respectful and supportive,” Rob says.

“Brockport has absolutely wonderful and supporting faculty, staff and students,” says Buffie. “I have been supported every step of the way. If I knocked on a professor’s door, even if I didn’t have them as a professor, they would answer any questions I would have. Everyone is committed to student success.”

Buffie and Rob will celebrate their 24th wedding anniversary this August–this year, for the first time ever, with their bachelor degrees. 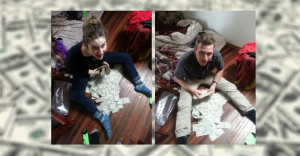 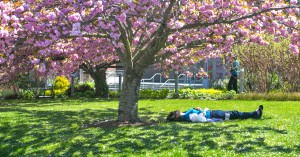 Next post 10 Things Every College Student Should Do This Summer