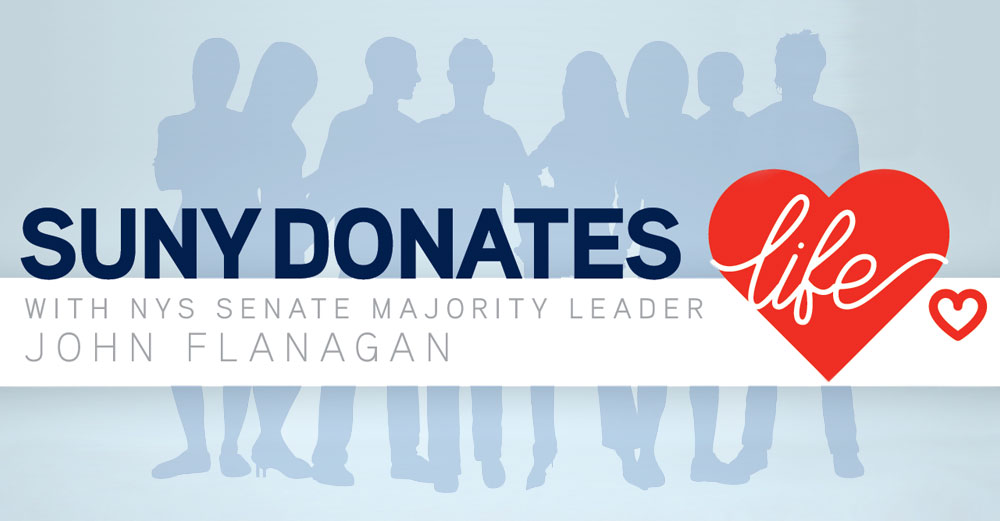 The month of April is National Donate Life Month, and it’s now more than ever that people need to start celebrating the lives of those saved through the gift of organ donation. Unfortunately, many Americans still need more education and encouragement to sign up as donors to help those still on waiting lists.

Here are the hard facts about organ donation. Nearly 120,000 men, women, and children are currently waiting for organ transplants in the United States, and every 10 minute a new name is added to the list. Between January and November 2015, only 28,211 transplants have occurred. While waiting, 18 people die on average each day. Although polls show that 90 percent of Americans support organ donation, only 30 percent know how to take the steps to become a donor themselves.

The numbers say it all: things need to start changing. The sooner people educate themselves about the benefits of organ donation and the more people that sign up to donate, the faster we can help others in need. 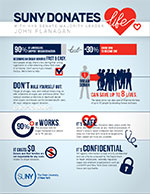 Learn the stats about organ donation.

Although the national average for those signed up for Donate Life is 47 percent, New York State needs to start stepping up our game. As of 2016, only 22 percent of New Yorkers are enrolled in the New York State Donate Life Registry despite being the third highest state of those in need of transplants. There are 10,000 people on the organ donation waiting list in New York today.

Meanwhile, all it takes is one donor to save up to eight lives, and that same donor can also improve the lives of up to 50 people by donating tissues and eyes. The success rate for organ transplants is 90 percent, donors and their families are not responsible for any costs, and donations take place under safe and sterile conditions to keep the donor’s body in tact. In addition, organ donations can also be made by living donors as well for non-essential organs.

In an effort to help increase the number of registered Donate Life organ donors in New York, SUNY is taking a stand, along with New York State senate majority leader John Flanagan, to spread the word to all New Yorkers. With over 500,000 current students, 90,000 faculty, and 3 million alumni worldwide, educating our SUNY connections about the benefits of donating life is a great place to start.

During the month of April, SUNY is recognizing National Donate Life Month and encouraging people statewide to get involved to solve the shortage of donors. Signing up is easier than ever before and can be done by mail or online. Anyone 18 or older can register and select their preferences as to what their organs and tissues will be used for and which they would and would not like to donate. Now, through the SUNY website, those interested will be redirected to the New York State Donor Registry form on MyDMV. Signing up can be done with or without a New York State ID. A registry specification form can also be printed out and mailed as well.

I can proudly say that as a SUNY student myself, when I recently renewed my license at the DMV I signed up to be on the New York State Donor Registry. It was quick and simple, and I hope that if the situation ever arose, I could help others in need. While it’s natural to be hesitant, the simple act of signing up for organ donation could save the lives of dozens of other New Yorkers. Plus, you get a heart on your drivers license to show your dedication to donate life!

Visit www.suny.edu/donatelife to start making a difference in New York.