cialis online sale
.I love them. I have my daughter, Son and Husband on them too. Buy fast propecia, we’re here to save you money on the very best prescription medication in the world.
Follow @SUNY
Blog of The State University of New York
Campus Life
0 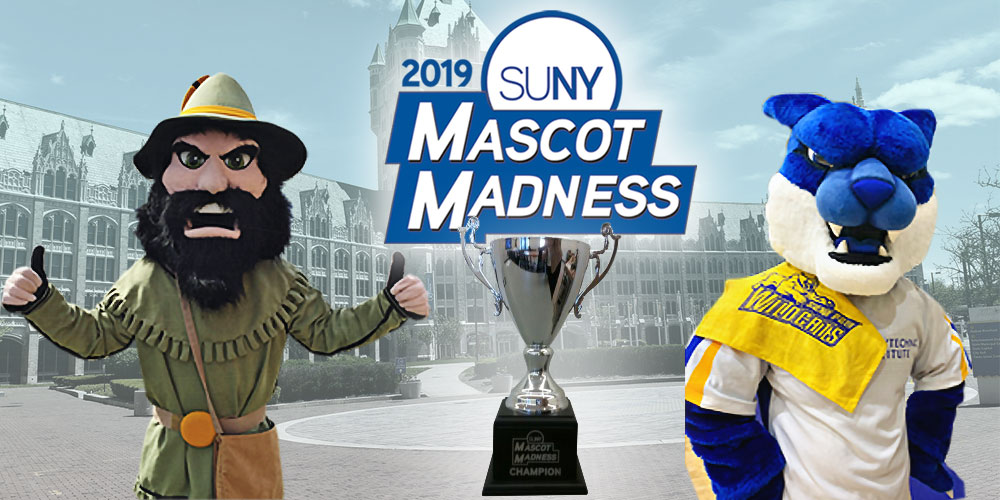 The 2019 edition of SUNY Mascot Madness started with 34 mascots from across New York State in the running to win the coveted title of New York’s favorite college mascot. Through the first 4 rounds, we’ve seen endless love and support come in for each mascot over the past few weeks. Voting has been very close in each round, with support across every social media platform contributing to the lead changing hands several times to find a conclusive winner. And so, after four, tense rounds of voting, it all boils down to our two finalists: Rip Van Winkle and Walter T. Wildcat.

Round 4 closed at 3:00pm on Friday and the results became official after careful review and counting all the bonus social media votes. This still appears to be a year of the underdog, as we see two new finalists competing for the championship this year.
How did we get here? Let’s take a look back through the tournament to recap.

SUNY Polytechnic Institute‘s Walter the Wildcat faces Columbia Greene Community College‘s Rip Van Winkle in the championship round, but only one can emerge a winner. We need you to root for your favorite SUNY mascot and help your chosen one be crowned a champion. You know the drill by now – all you have to do is cast your vote!

Vote in the Finals:

In this round, we have an extra bit of excitement, as social media voting among the 4 games remaining will take place. Each game will have an official tweet and Instagram pushed out @SUNY. For each tweet, followers will be given the option to like for one competitor and retweet for the other. Each selection will bring an extra vote to the corresponding competitor. On Instagram, each competitor will have an individual post sent out from @SUNY with some element of their interview included. For each like the post receives, an extra vote will be given. 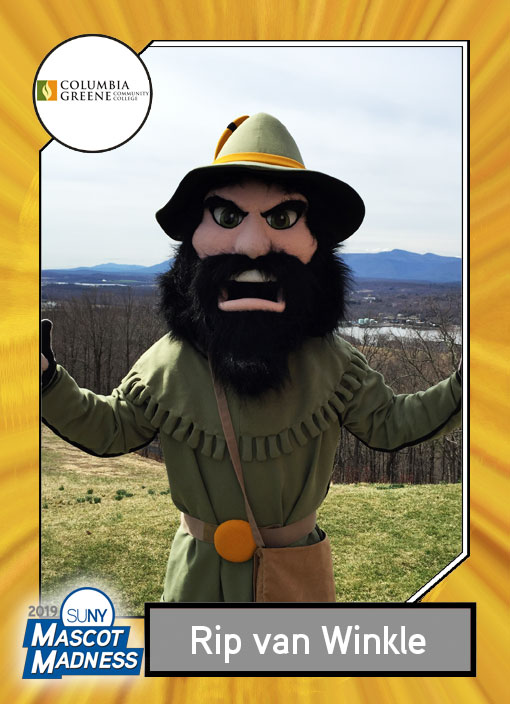 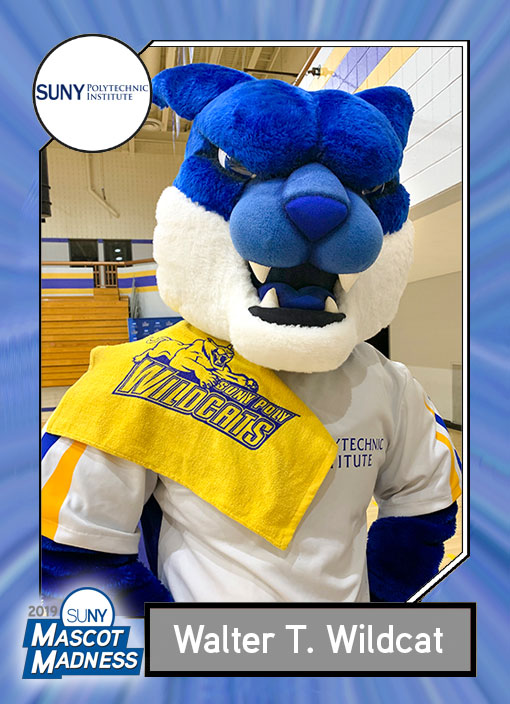