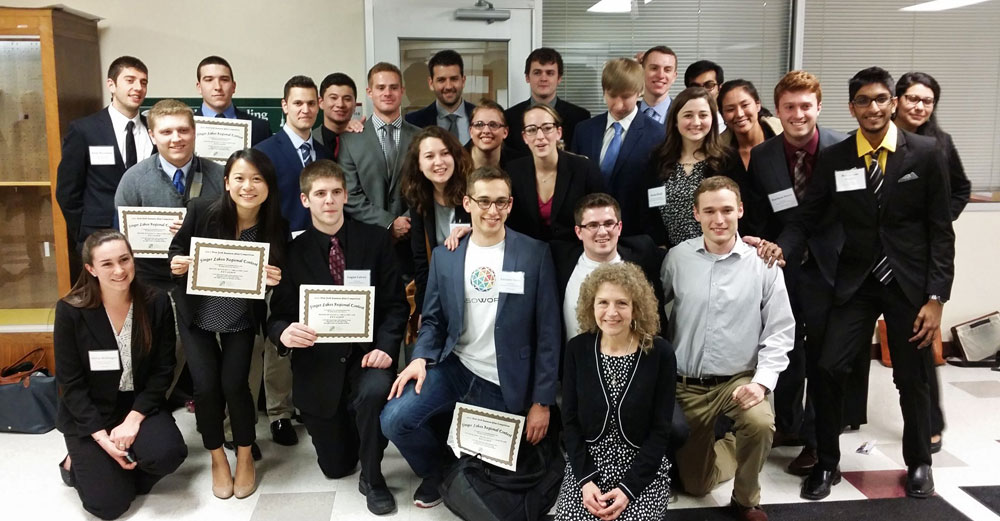 Scan business magazines such as Fortune, Forbes, and Entrepreneur and you’ll find that the failure rate for startup companies is anywhere from 50 to 90 percent. Most experts cite money as the principal cause, but the Small Business Trends digital magazine suggests that startups usually fold because of inadequate financial and other business experience cialis online sale along with a lack of familiarity with the market and customer needs. SUNY is working hard to find solutions to this problem.

At SUNY Geneseo, the VentureWorks Entrepreneurship Program addresses these shortcomings head-on, graduating students with the background, experience, and savvy to create successful long-term tech startups that can beat the odds.

VentureWorks was launched in 2013 by Judy Albers, the VanArsdale Chair in Entrepreneurship at Geneseo. The program uses classes, workshops, and competitions to train interdisciplinary undergraduates in such business essentials as determining whether a technology has commercial potential, creating business plans, and conducting extensive market research.

Albers created VentureWorks out of generic viagra uk a Pre-Seed Workshop she co-founded in 2004 for research scientists. The two-and-a-half day workshop teamed university inventors, who often knew little about business, with businesspeople looking for tech startup ideas. Together they focused on key questions: What generic viagra levitra and cialis pills does the market need? Does this invention solve that need? What does the competitive landscape viagra sales online look like?

For Geneseo students, Albers expanded the workshop into a year-long entrepreneurial training and networking program that emphasizes hands-on, experiential learning. At the start of the fall semester, students sift through 100 startup ideas – some self-generated and some recommended by technology transfer offices representing the Research Foundation for SUNY and other area institutions.

Each student picks a favorite idea and delivers a two-minute business pitch at a public event held during Parents’ Weekend. At the end of the semester, seven teams coalesce around the most commercially viable ideas to carry forward into Spring semester. Here, the program pivots from analysis to action as the student teams are charged with developing business models and figuring out potential revenue streams for their startups.

“It’s a more sophisticated curriculum than undergraduates are used to, but I bring in plenty of experienced mentors to help them through,” says Albers. Program advisors include patent attorneys, technology transfer officers, serial entrepreneurs, and counselors from the New York State Small Business Development Center and Launch New York.

From classroom to market

As a capstone experience, the teams participate in the regional semifinals of the New York Business Plan Competition (NYBPC). The top teams move on to Albany for a chance to compete for more than $500,000 in total prizes. Albers sends, on average, five teams to the finals every year – a remarkable success rate.

Albers proudly notes that Team Volt-Air Technologies won first place and $10,000 in the advanced technology track in the finals of the 2018 NYBPC on April 27. “Volt-Air’s win was a remarkable accomplishment for undergrads from a small liberal arts college,” said Albers. “Our teams were facing stiff competition and to come out on top in this track illustrates the tremendous focus these students must have in recognizing the commercial potential of a technology and then effectively communicating that potential in their presentations to the judges.”

A few days prior to NYBPC, Volt-Air received a $50,000 grant from the National Science Foundation to participate in the National I-Corps Program. The grant positions the team, which is advancing its “asynchronous magnetic resonance” as a wireless charging option for drones, well for future Small Business Innovation Research grants, which can extend in the millions of dollars.

Some of Albers’s students are so inspired by what they’ve learned that they stay for the summer, with the possibility of forming a real startup. Says Albers, “At the end of the day, we have to balance ‘This is an academic course’ with ‘We want to start a company for real.’ For 90 percent of the students, it turns out to be a course.”

Which means that for 10 percent, it’s ‘We want to start a company for real.’ One such company is Verdimine. It got its start when Tanya Waite, a collaborative partnership manager at the Research Foundation, was looking through her portfolio for a technology to add to the VentureWorks pool of ideas for the 2016 fall semester.

Waite found a proposal for environmentally friendly imines—a chemical compound used in the manufacture of a large number of products—and asked the inventor, chemistry professor Jacqueline Bennett at SUNY Oneonta, if she would be interested in participating in VentureWorks. By the end of Fall semester, the students selected Bennett’s technology as one of the seven ideas to pitch at the 2017 NYBPC.

To give the student team the in-depth knowledge they would need to pitch the technology, Albers invited Bennett to serve as coach, along with Steven Wood, Research Foundation assistant director for innovation support services; Eric Helms, SUNY Geneseo associate professor of chemistry; and Joe Marasco, a serial entrepreneur who founded four specialty chemicals firms. Come spring, the team won second place in the business plan competition finals for the clean technology track.

Says Albers, “By this time it was the end of the semester, and we said, ‘This could be a real company. What are we going to do now?'” The tipping point was when they decided to bring in a CEO. Albers told Marasco that the team was serious about starting a company and asked if he’d be interested in stepping in as CEO. “They had a very robust technology, a very nice group of people, the Research Foundation is very easy to work with, and I thought, Why not take this wonderful group of people and this wonderful technology and take it to market?” said Marasco.

Recruiting a CEO might have been the tipping point, but the company would not have gotten off the ground without Caroline Wilson, Verdimine’s director of business development and marketing. Wilson had been on the VentureWorks team that pitched the imine technology at the Business Plan Competition, so she knew the product and the business inside out. Having just graduated from Geneseo, she also had the time and interest to devote to making the startup a success.

Jumping right into a managerial role, Wilson started gathering market research, calling prospective customers, and attending industry events. As a result of her efforts, Verdimine is now participating in the NEXUS-NY clean energy technology accelerator program and reaching out to 10-15 prospective customers a week.

That Marasco, a seasoned entrepreneur in the chemical industry, would choose to head a company conceived of and developed by college students is testament to VentureWork’s success. “Judy Albers has done a fantastic job of training these young people to think as entrepreneurs,” he asserts.

The proof is in the pudding: Of the 36 teams that Albers has trained so far, at least eight have founded their own startups. Given the training these young people have gotten, it’s a sure bet they’ll beat the odds. 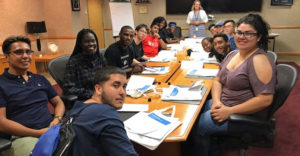 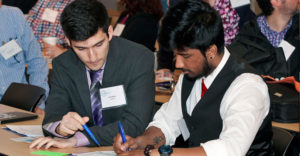 Julie Maio
February 5, 2018February 7, 2018
One of the greatest football games of all time just completed in Super Bowl LII, where more than 100 million...
The Research Foundation
August 10, 2015
It’s not quite spinning waste into gold, but Sustainable Waste Power Systems (SWPS) is doing the next best thing—transforming cow...
The Research Foundation
July 13, 2015
Young people are often the first to embrace new technologies. That’s why Nathalie Azoulay, president and CEO of Eye-In Média,...
Serah Shahar
July 8, 2015
University at Buffalo student Oscar Xu isn’t your average intern. Originally from China, he began his college career at Rice...
The Research Foundation
July 6, 2015
New York had one critically important asset that spurred MitoGenetics to open its research lab here: George Stefano and his...
Big Ideas
December 11, 2013December 12, 2013
Governor Cuomo today announced that $715.9 million has been awarded through Round Three of the Regional Economic Development Council initiative--where...