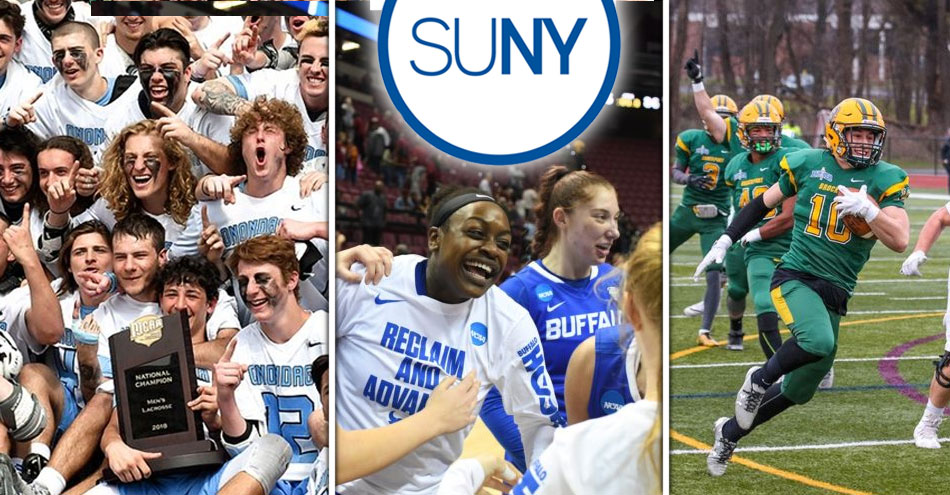 From the challenge of the competition to the thrill of victory, it has been quite the year in athletics across our SUNY campuses in buy cialis mexico the 2017-18 academic year. Some teams and competitors reached the pinnacle of national champions, while others finished seasons with success and results they had never achieved before. From the field to the gym, SUNY schools have made quite the impression in college sports and proven that we’re only going to get better.

Let’s take a look at some of the highlights in college athletics from around New York that took place this year in the world of SUNY sports! It was a breakout year for the University at Albany Men’s Lacrosse this season. The team was highly touted from the beginning and only continued to impress as they went. Albany became the first SUNY school to earn a #1 ranking in any DI sport; a huge accomplishment and cialis levitra viagra free sample step forward for SUNY sports. Along with their regular season success, the team performed well in the NCAA tournament, reaching the Final Four and Championship Weekend for the first time, before being eliminated by Yale, the eventual national champions. Along the way, Senior Attack, Connor Fields, became the 2nd all-time points leader in DI Men’s Lacrosse, etching his name in the history books. The team finished with a 15-3 record and will be sure to build off this breakout year. In the NJCAA ranks, Onondaga Community College had another great season in Men’s Lacrosse as they dominated all their opponents, going undefeated on the year, leading them to their second straight NJCAA championship and their 11th in program history. They edged out fellow SUNY school Nassau Community College 11-9 in the title game. Overall, three of the final four schools in the national tournament were SUNY institutions. Genesee Community College joined Onondaga and Nassau in the national semi-finals. Right on the heels of Albany earning SUNY its first #1 ranking in DI sports, Stony Brook’s Women’s Lacrosse team earned a #1 ranking as well, holding onto the top spot for the majority of the season. It was the first #1 ranking in program history and helped carry the team to their 6th straight NCAA tournament appearance. Kylie Ohlmiller also ended up setting the all-time NCAA record for career points (498) and assists (246). The team finished the season with a 20-1 record, with their only loss coming to Boston College in the quarterfinals of the NCAA tournament. The Monroe Community College Women’s Lacrosse team took home their sixth straight NJCAA title and their 8th in program history. Not only has Monroe won 6 straight titles, but they have now won 8 of the last nine and have played in the last 10. Their championship this year capped off an undefeated season, which pushed their winning streak to 95 games. The team clinched their sixth straight title with a 20-13 victory over Harford in the finals. It was a very successful year for both the Men’s and Women’s Basketball teams at the University at Buffalo. Starting first with the women, the team reached the NCAA tournament for the second time in program history; this time as the 11 seed. They made a splash right off the bat by upsetting No. 6 South Florida (102-79) and No. 3 Florida State (86-65) in the first two rounds, paving their way to the program’s first appearance in the Sweet Sixteen of the NCAA Basketball tournament and a whole lot of national attention along the way. As for the men at UBuffalo, they reached the NCAA tournament for their third time in four years and earned their first NCAA tournament win in program history after beating No. 4 Arizona 89-68.

Each team will look to build off their wins next season and continue their success for years to come. In the Division III Track & Field national championships, SUNY had a few competitors come out on top. In the Men’s 1500m, Isaac Garcia-Cassani from SUNY Geneseo took home the gold. In the Women’s competitions, Victoire Kothor from the College at Brockport took home the gold in Women’s Shot Put, and SUNY Geneseo athletes Camille Wutz and Emily Lavarnway earned bronze in the Long Jump and Heptathlon events, respectively. The College at Brockport football team had a great year, making a historic run to the NCAA Division III semifinals. It was the furthest the team had ever advanced in the tournament, which led them to finish the season ranked as the #5 team in the country. Four players were named All-Americans and head coach Jason Mangone was named national coach of the year. After this undefeated regular season and the return of 10 All-Conference players, the Golden Eagles will look to continue on with their success next season. The Genesee Community College men’s soccer team won the NJCAA National Championship for the first time in school history. The Cougars defeated defending champions Richland (TX) 2-1 in the title game. The win capped a great season for GCC as the team finished with a record of 20-2-1, going on a 20-game unbeaten streak to close off the season. Although it was a first NJCAA title, it was the third overall title in school history.

Daniel Lapp shot a 5-over 293 to become only the second individual NJCAA men’s golf national champion to come from Tompkins Cortland Community College. Over the final two rounds, Lapp tallied a 3-under to earn the championship. Throughout the tournament, Daniel registered two eagles along with his nine birdies and a tournament-best 45 pars to help him pull away from the field and finish on top.

There were many other moments of success and accomplishments across the system this year, and they all showcase the hard work and determination of our SUNY student athletes. 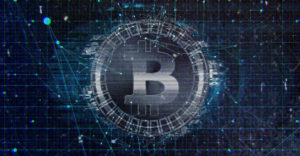 Previous post A New Online Learning Series Will Teach You About Blockchain, the Future of the Internet 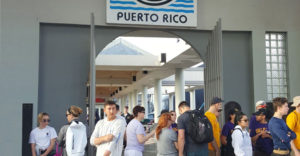 SUNY Broome Community College
January 31, 2023
Alumni cherish the experiences they made while in college. But sometimes those experiences don't come to be and they are...
Big Ideas
May 3, 2022October 26, 2022
Student athletes face many demands in today's competitive environment. In addition to the realities of everyday student stressors—whether that be...
Taryn Rackmyer
October 1, 2019
College athletics is a big deal across America. Big and small schools spanning Division I to III and all the...
Taras Kufel
March 15, 2018March 16, 2018
[caption id="attachment_35525" align="aligncenter" width="1000"] Nick Paquette in action. Photo courtesy Reid Dalland.[/caption] Life changing health issues aren't usually top of...
Taras Kufel
January 18, 2018
In less than a month, the world's greatest athletes will come together to compete in the 23rd Olympic Winter Games...
Taras Kufel
November 15, 2017
With 64 schools and more than 750 athletic teams at SUNY, some success in athletics is a given. But for...