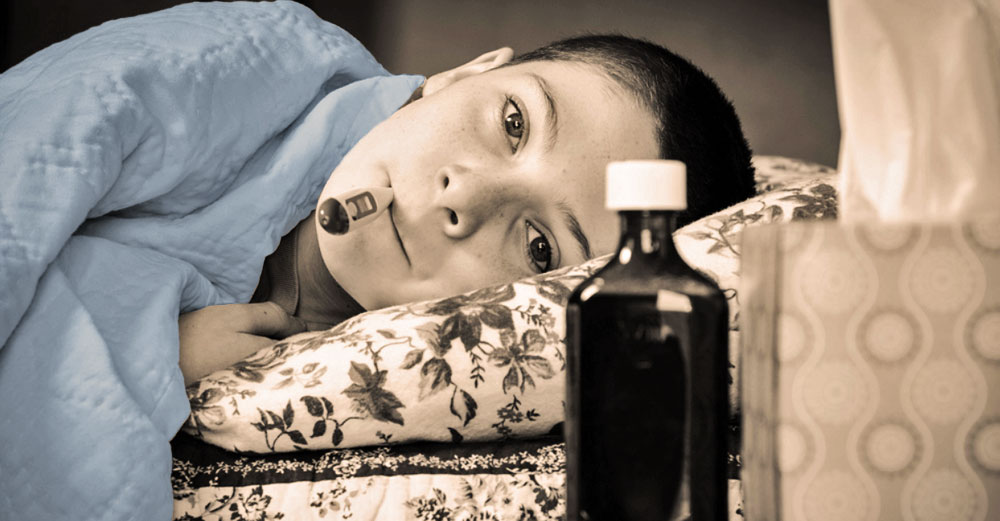 It’s starting to get colder out and with the change in temperature brings stuffy noses, sneezes, and head colds. Fellow classmates and coworkers may start equipping themselves with hand sanitizer, vitamin c, and cough drops to fend off germs, but it will take more defense mechanisms to keep the year flu at bay. Unfortunately, last year’s flu season affected a number of people, and more could be on the way. According to the Centers for Disease Control (CDC), in 2018, more individuals were admitted for influenza since the flu pandemic of 2009.

Thankfully, one of our many SUNY professors just happens to be an expert on the subject of infectious diseases and how to prevent them. Dr. Michael Augenbraun of SUNY Downstate Medical Center is a professor of medicine, a vice chair for the Department of Medicine, and director of the Division of Infectious Diseases. He has published work on viruses such as HIV and hepatitis C over the past year, and he is currently working on a project centered on resistant herpes simple virus, syphilis, vaginitis, cialis online sale hepatitis C, and hospital-acquired infections.

Needless to say, Dr. Augenbraun is the perfect person to help us better understand what the flu is and why so many people get it during the winter months.

What Is The Flu and Why Is It So Prevalent In The Winter?

Influenza is a viral cause of respiratory illness that unfortunately serves as one of the most important causes of sickness and death worldwide every year. Although most cases are not fatal, in an ordinary year of influenza, the elderly and people with other complex medical problems such as cancer and heart disease may, in fact, become overwhelmingly ill and die.

But how is this illness passed from one person to another?

Infection is transmitted via respiratory droplets, and although disease has been with us for centuries, in an era when travel around the globe was limited, diseases remained geographically central or limited. As travel across great distances grew easier so did the spread of infection. The outbreak of pandemic flu in 1918, estimated to have killed perhaps more than 20 million people worldwide, coincided with the movement of military forces around the world as part of mobilization for WWI.

Influenza is a seasonal illness and disease that tends to occur in the winter months in both the northern and southern hemispheres. Geographically speaking, the disease typically originates annually somewhere in East Asia, and in a genetic context, different strains arise year after year. When strains differ little from year to year, the spread of influenza tends to be slower and presentation is milder. Conversely, when strains are significantly altered through recombination with other strains, typically found to infect other species such as birds and pigs, the outbreak of influenza can be rapid, unpredictable, and severe.

In addition to the types of strains and whether they’re altered or not, time of year can affect the severity of a disease. Disease is more rapidly spread in winter months for a variety of reasons including survival characteristics of the virus as well as the fact that people tend to congregate indoors where limited air circulation makes it easier to spread germs, which are transmitted by droplet secretions. Strict attention to hand hygiene and cough etiquette helps to reduce the risk of spread. Additionally, the incubation of influenza is short, usually, 1-2, days and the onset of illness is characteristically abrupt.

Symptoms of the flu to be mindful of include fever, shaking chills, headaches, and moderate to severe myalgias (muscle pain) and arthralgias (joint pain). Patients are typically quite sick and unable to effectively perform their usual activities of daily living, sometimes for a few days and sometimes for a longer period. A dry cough and sore throat will follow and the cough can persist for weeks despite resolution of other symptoms.

So what are some ways to treat the flu if you have it?

Oral medication for influenza is available and can lessen the severity and duration of illness somewhat but it tends to work the earlier in the course of illness it is started. The vaccine to influenza must be re-engineered and administered each year for the fall, and the effectiveness of the vaccine varies considerably from year to year.

Downstate Medical Center started off the flu season by running an awareness campaign titled Go Orange in which all staff at the hospital were encouraged to reach 100% compliance of the flu vaccine this year. It’s a great example to follow as getting vaccinated will help the population lessen the risks commonly associated with the flu. So if you haven’t yet, you still have time to Go Orange yourself and help prevent the dreaded flu virus from knocking you down this winter. 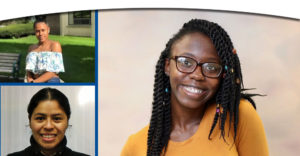 Previous post Celebrating the Success of Our First Generation Graduates 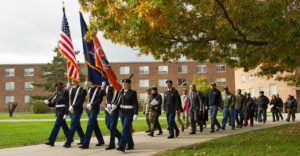 Winnie Yu
January 9, 2020January 9, 2020
Colds and flus are common during the winter, thanks to more time spent indoors and the easy spread of germs....
Winnie Yu
December 11, 2019December 12, 2019
Office parties. Family get-togethers. Cookie exchanges. A large variety of festivities provide us with many opportunities to over-indulge. So it’s...
Julie Maio
July 17, 2018July 17, 2018
For New Yorkers, summertime brings warmer weather and more time spent outside. Summertime is also the best time of the...
Farmingdale State College
February 21, 2018February 22, 2018
Bugs! Kids who aren’t grossed out by bugs are far and few in between, and like most kids, Carly Tribull...
Kasaydia Carter-Martinez
October 25, 2017
With a little under a week before Halloween, last minute costumes can be a pain. Here you are, scrambling to...
Taras Kufel
August 18, 2017August 18, 2017
You may have heard, but there's a total solar eclipse coming to the United States in a few days. It's...