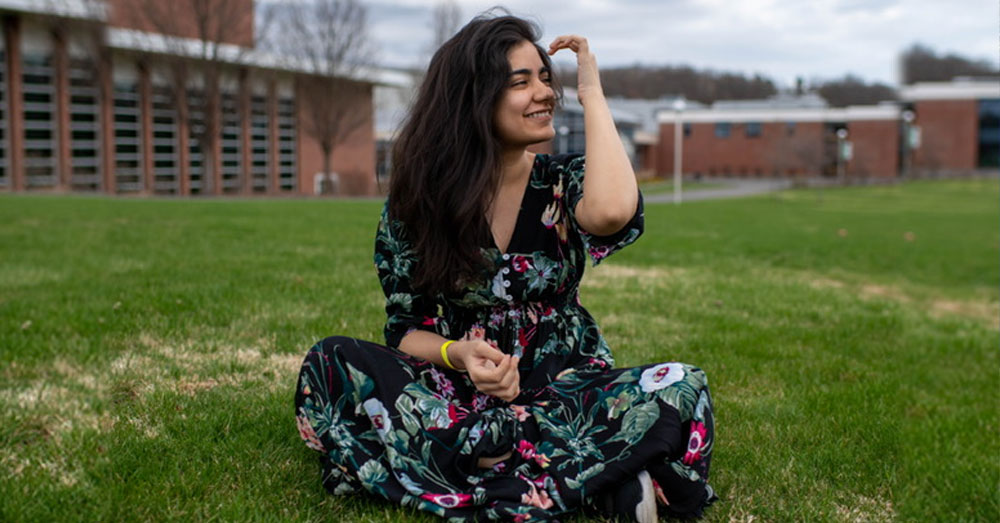 Fabiha Khan is a student at Mohawk Valley Community College and is a champion of mental health and wellness. An international student originally from Pakistan, she is currently in her sophomore year studying psychology, and is also a student Trustee for the Mohawk Valley Community auckland pharmacies levitra College Board of Trustees. Khan decided to come to the United States because she wanted to learn in an environment where mental health is valued and made a priority, as the subject is near and dear to her heart.

During her final year of high school, Khan was in a terrible accident, which led to her having post-traumatic stress disorder (PTSD). She shares that it is something that she’s lived with for two years.

“When we boil it down, it (PTSD) is you reliving one incident, or more than one incident, that happened [to] you over and over again. It’s when your trauma doesn’t let you escape. It’s when it holds on to you and it makes you feel like you’re reliving it every day, even if you’re not,” says Khan.

As a result of the https://blog.suny.edu/2021/02/buying-cialis-no-prescription/ trauma and PTSD, Khan has had to work through the after effects of the accident. She shares that she started to see progress and began feeling much better shortly before she started college, but recognizes that the tough moments aren’t completely behind her just yet.

“This is one of the most greatest and gruesome battles I’ve ever had to fight in my life,” Khan shares.

As an international student, Khan notes that within her society in Pakistan, mental illness is very stigmatized, which leads to people being silenced and afraid to talk about their mental health struggles.

“Since we come from tightly knit family cultures, going to therapy and asking for help is a lot harder to do in Asian and Middle Eastern cultures when compared to other cultures because … our cultures stress that a family can meet all [of] a person’s needs, and this has perpetuated this concept that individuals should not seek professional help when they’re relying on their family and community,” says Khan.

For Khan, her parents were able to connect her with the help she needed following her accident, for which she’s very thankful. Now, she is studying psychology and focusing her efforts to destigmatize mental health issues and seeking support. Khan recognizes that stigmatization still gets in the way of her peers and others reaching out for support, but remains optimistic about how we can work to remove the stigma.

“For me, the first step toward de-stigmatization is always going to be educating people. Educate people about mental health and why it is not a taboo and why it shouldn’t be a hush-hush thing. It’s not something that you’re supposed to take and carry with yourself every single day. It’s not supposed to be a burden. We’re humans, and most of us, I believe are capable of emotions and feelings. That’s who we naturally are,” says Khan.

Khan has found talk therapy, spirituality, and exercise very helpful in processing her trauma, as well as working through feelings of being homesick while she adjusted to living in the United States and not having her support system close by. Through counseling, Khan shares that she was taught coping mechanisms, and has experienced a number of other benefits.

“It also helps you with your classes. Say you’re having issues with a class [they] can reach out to your professor with your permission and say that, okay, this student is struggling with something, can we just pay a little extra attention [to them]. Or, if you’re having trouble organizing your life in general and … that is something that they help with too,” says Khan.

She also feels very strongly about going to therapy on a regular basis, and not waiting for a crisis to arise to reach out.

“We don’t know enough about how therapy and how going to a therapist can actually benefit you. We think that we’re only supposed to go to them when we’re struggling through something or when we’re going through a crisis. Uh-uh. Therapy should be a year-round thing. You should just go to therapy for the sake of going to therapy. You should go in there and talk about how you’re feeling, how your week has been. It’s something that helps sort out your life and your emotions,” Khan says.

Additionally, therapy is a great way to work through daily issues and roadblocks. Khan notes that everyone has struggles, and that’s okay.

“Once you start talking about those struggles, you’re going to realize how easy it’s going to become to deal with them, because when you pinpoint an issue, it’s very easy to find a solution. When you don’t know what the problem is, it’s harder to find a solution.”

We sat down with Fabiha to talk about mental health and her journey through learning how to make herself as healthy as can be.

If you are currently experience a crisis, reach out to one of the following resources:

Support for deaf and hard of hearing: 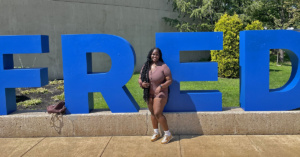 Previous post From Struggling to Success, This Student Found the Value in Mental Health Care 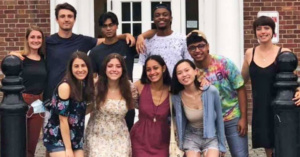