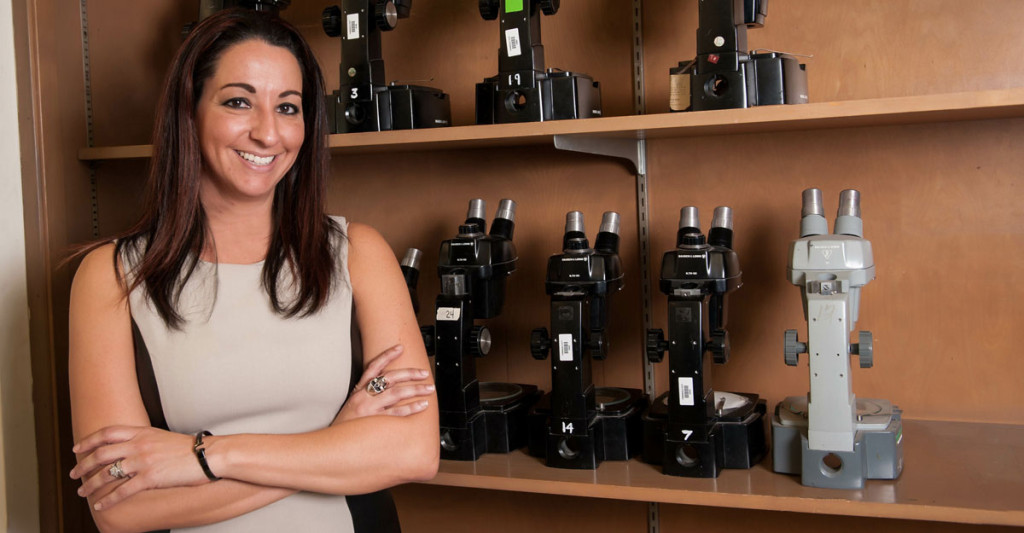 Of course, there are still lots of TV shows and films in which crimes are solved this way. But in 2000 there was a seismic shift away from sweaty street work to a sexier way of solving murders, assaults, arsons, kidnappings, rapes – all sorts of crimes. That’s when CSI: Crime Scene Investigation debuted on the CBS network, forever changing the public’s perception of how cops catch bad guys.

The forensic science behind tattoos and tattoo inks is the subject of a new book – Forensic Analysis of Tattoos and Tattoo Inks (CRC Press) – by Michelle Miranda, associate professor in the Department of Security Systems & Law Enforcement Technology at Farmingdale State College, and a forensics consultant. She’s in the investigative trenches, and has strong opinions on how forensic science is portrayed on TV. 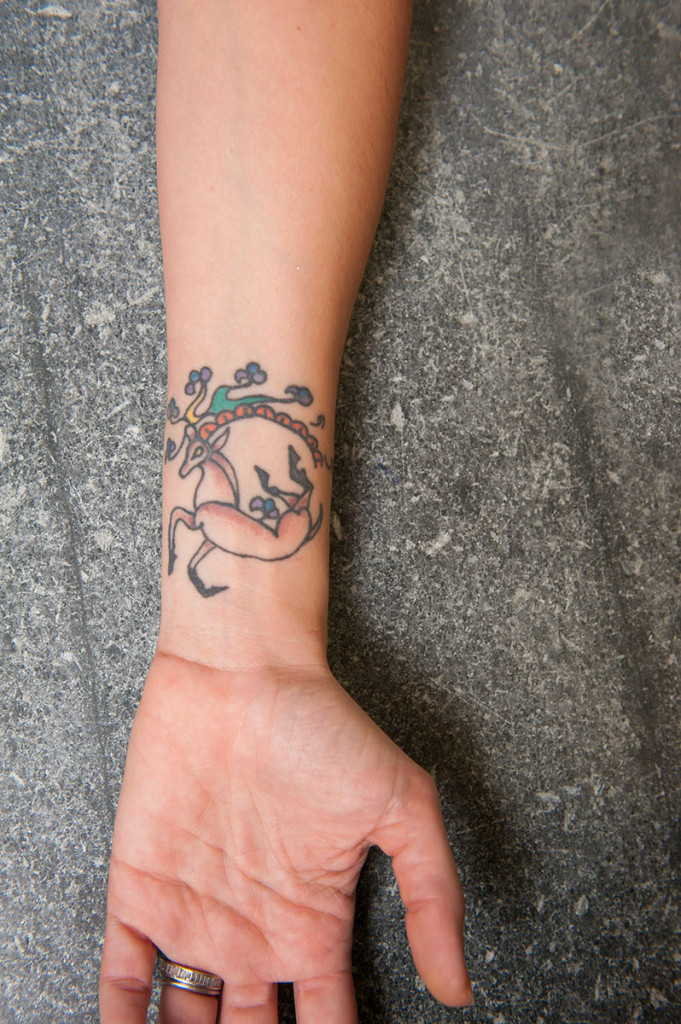 “Forensic science has been portrayed as ‘cool’ and all-encompassing,” says Dr. Miranda, who before joining the Farmingdale faculty worked for the NYPD in its Forensic Investigations Division’s Trace Evidence Analysis Section, and in medical examiner’s offices in two New York counties.

“On TV, the investigator pulls up to the scene in a nice car, walks around, and maybe takes some photos or collects some blood, talks to colleagues, carries a firearm, chases the suspect down and interrogates him at the precinct, analyzes samples at a lab bathed in neon lights, and finds one piece of evidence that cracks the case – and then goes home at the end of the work day.” (Ironically, one of the reasons Dr. Miranda began studying forensics was the reality-based TV show, COPS.)

It was at the latter job, while working on a case, that Dr. Miranda had an epiphany about the value of tattoos in solving crimes.

Learning about the value of tattoos in criminal investigations

“A body was found burning in a park and the criminal investigation and preliminary means of identification were based on a tattoo found on the victim during the autopsy. Due to the damage to the remains from being set on fire and charred as a result, traditional identification methods – such as facial features and fingerprints – were unsuitable.”

Soon after, Dr. Miranda found that she loved forensic science so much that she thought she could help better the field by teaching what she’d learned. She started as an adjunct assistant professor at CUNY’s John Jay College of Criminal Justice (where she still teaches), and in 2011, while she was finishing up her PhD in criminal justice at CUNY, joined the Farmingdale faculty. Now, she says, she loves the classroom as much as working in the field.

“I truly enjoy teaching future police officers and lawyers about forensic science. It is rewarding when a former student reaches out to me after they have seen their first crime scene – or dead body! It is so important to teach these concepts to those likely to be first responders, or who are responsible for securing a crime scene even before the forensic scientists and investigators begin their work.”

But as serious as the work is, Dr. Miranda has discovered the lighter side of the field too.

“A problem is that TV viewers feel they can become forensic scientists due to the ease at which crimes are solved on these shows. I have had so many prospective students say, ‘I want to be a forensic scientist, but I don’t like science.’ I once had a prospective graduate student ask me how many classes she would need to take before she could do an autopsy!”

But Dr. Miranda is dead serious when it comes to studying tattoos as forensic evidence and the chemistry of tattoo inks. Her book – the first of its kind – is a guide for examination and analysis of tattoos and tattoo inks; provides examples where tattoo evidence has been used in criminal investigations; explores the history of tattoos and tattoo inks; and is loaded with nearly 300 photos and images of tattoos, some dating back centuries. In time it may become one of the cornerstones of forensic science literature.

“I hope my book creates awareness; I want all investigators and forensic scientists to be aware that tattoos and tattoo inks can be useful in forensic investigations,” Dr. Miranda says.

CSI’s Gil Grissom would probably agree with her one hundred percent.