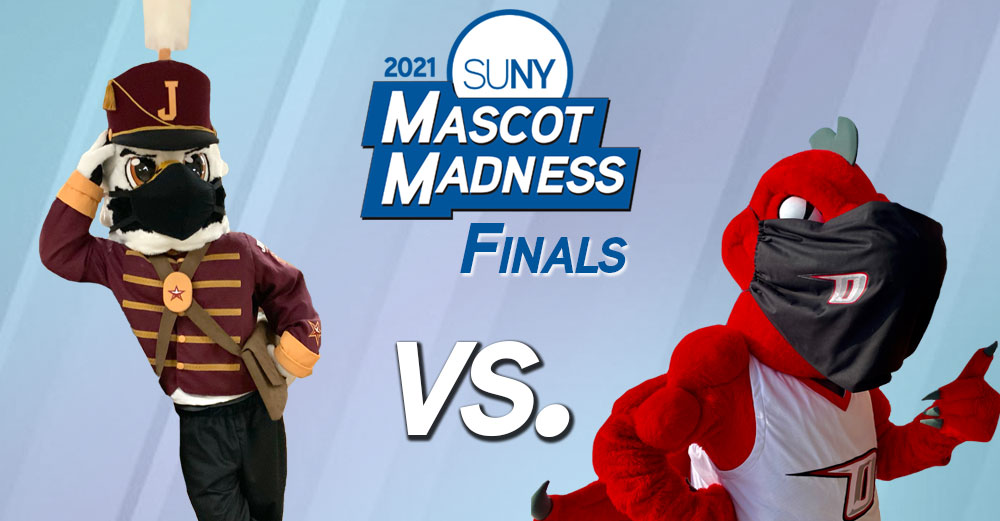 Four rounds, 34 competitors, and some intense competitions have brought us to the final round of SUNY Mascot Madness 2021. The end of this year’s tournament brings two upstart mascots together for a battle to be named New York’s favorite college mascot. This year we have Boomer T. Cannoneer of Jefferson Community College taking on Red from SUNY Oneonta.

Bonus votes: This round will include bonus votes through Twitter that each school can use to increase their vote totals. The @SUNY account will post one tweet for the championship round that you the voter can pick to like or retweet to cast an extra vote for your favorite mascot. 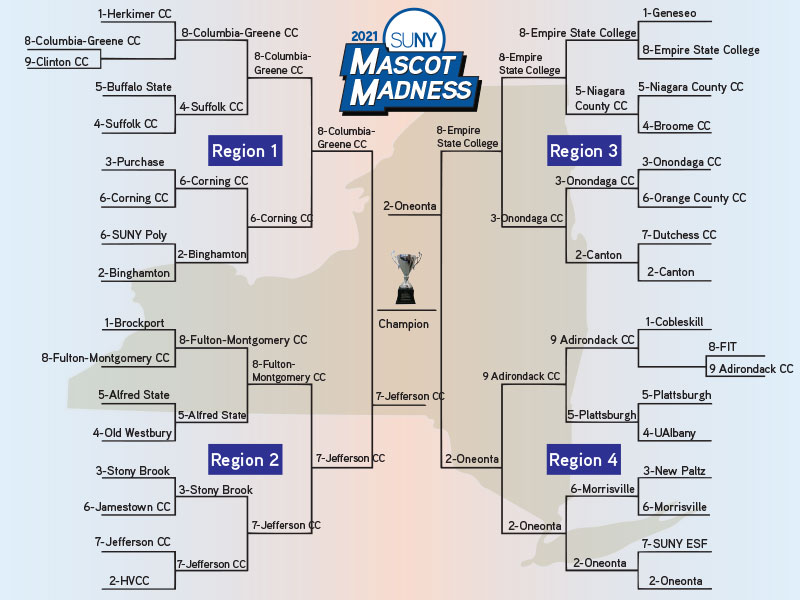 You can recap the rest of the tournament to see how we got here via the links below:

Fans will be able to vote once per day per game. In order for your vote to count, you simply have to verify it via an active email address. Once the round ends, the competitor with more votes cast moves on to the next round. The Finals begin Monday, April 5 at 12:00pm and end on Wednesday, April 7 at 3:00pm.

Bonus votes! The 2 finalists are competing to be named #SUNY #MascotMadness champion. Help them out by giving a bonus vote to your favorite.