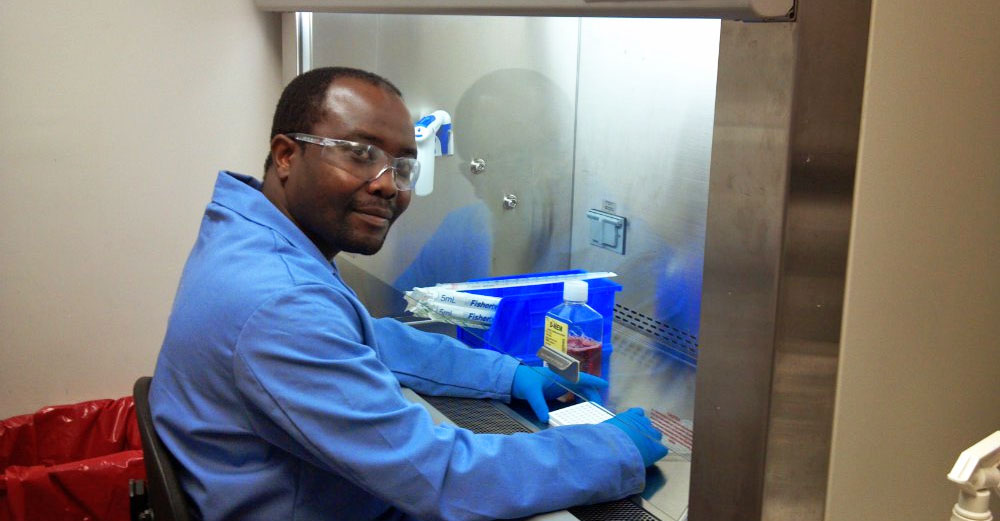 Dr. Thomas Zengeya grew up in Zimbabwe and came to the United States in January of 2001 to study science at SUNY Oswego. He arrived to take classes, and like canada viagra for sale most fist-time visitors to the Syracuse area he had never experienced the cold temperatures and snow. “It was summer in Zimbabwe so the warmest piece of clothing I brought was my leather jacket,” Dr. Zengeya said, “when I came out of the Syracuse airport I saw snow for the first time and wondered why ice was falling from the sky.” Shortly after arriving and during one of his initial meetings at Oswego, he realized the scholarship funding he was receiving from his country would not cover the tuition, so his contact there, Jerry Oliver, contacted Monty Flynn at Onondaga Community College (OCC) where his financials would cover the costs.

“The two of them worked everything out,” said Dr. Zengeya, “Monty proved to be instrumental in my success because he and his family took me in until I was able to find a place of my own once I arrived in Syracuse.” Shortly after moving in with Monty, he was able to connect with a network of Africans in Syracuse through the Pan Africanist Community of Central New York (PACCNY), where he met Dr. Eric and Elizabeth Ngwashi, who took him around Syracuse to show him around the city and to help him obtain warmer clothes to combat the winter months. Within a week he had been setup in cialis online sale an apartment on South Salina Street with other international students before moving in with another OCC student, Alphonso Garcia, on a more permanent basis later that semester.

Once he was settled in, the academic work came easy for Dr. Zengeya since he had covered much of the work in his initial science and math classes in the canadain viagra AP coursework he completed in Zimbabwe. To ease the transition even more, Monty pushed him to submit his AP work to an evaluation board, which granted the transcripts provided and allowed him to accumulate almost two full semesters of college credit. “I could not thank Monty enough,” he said, “his welcoming nature and guidance really made the transition easy for me and set the tone for my future success at OCC and beyond.”

Another key ingredient to his fast acclimation to his new setting was a course he took by chance in his first semester called Intercultural Communication with Professor Katharine Rumrill-Teece. The topics covered in class put him on the fast track to understanding the levitra online no prescription American culture and society, but according to Professor Rumrill-Teece, others learned from him too. “Thomas was a delight to have in class,” she said, “and he was always asking questions about our culture and what things meant, so the whole class learned a lot from his questions too.”

Zengeya would eventually become a math/science tutor at the learning center and during his time also became affiliated with the Collegiate Science and Technology Entry Program (CTSEP) at OCC thanks to a fellow student, Rhondye Williams. “CSTEP was an important part of my success at OCC,” he said, “Drake Harrison and the staff there did a wonderful job showing me the opportunities afforded to me that I was unaware of and created a nice support system for minority students who were in the math/science curriculum there.” These opportunities allowed Zengeya to flourish at OCC, and are something he remains very appreciative of to his day. “OCC turned out to be a great start for me,” he said, “Monty, Drake and Professor Rumrill-Teece as well as many others all played a part in my success there and I still keep in touch with them today.”

With his advanced standing, Zengeya was able to graduate in three semesters, so in January 2003 he transferred to SUNY-Environmental Science and Forestry (ESF) to get his bachelor’s in chemistry. His choice was strategic, in that ESF was a very reputable school, but also because of a partnership between them and OCC. “By meeting the academic criteria within the science / math program I was not only able to transfer all credits to ESF, but continued to pay low tuition as ESF, like OCC has low state tuition,” he said. Also at ESF, he was able to take any classes he wanted at SU because of the arrangement they had with SUNY ESF. “It was, in essence, going to Syracuse University for OCC/ESF tuition.” This allowed Zengeya to achieve his bachelor’s in chemistry at a minimum cost and set him on course for further professional and academic success.

Following ESF, he worked in Cortland as a quality assurance chemist for a year, before going back to school to get his master’s from SUNY Oswego. Following his time there, he was hired at Proctor and Gamble Pharmaceutical in Norwich, to serve as a pharmaceutical chemist, but his end goal was to always be a research scientist, so after a year there, Zengeya would enroll at SUNY Binghamton to pursue his Ph.D. He finished his coursework in 2013, got married to his wife, Charlene, and moved to Maryland where he now works as a fellow for the National Cancer Institute, a division of the National Institute of Health, where his research focuses on better understanding cancer cell metabolism in hopes of finding vulnerabilities which may in turn lead to cancer cures. He has just over two years left on his fellowship, before he needs to choose between the industry world and that of academia. “I have some time to think about what my next move will be,” he said, “but the more I think about it, the more I think I would want to teach not only because of the research flexibility, but it will also provide me an opportunity to give back the way OCC, SUNY schools, and all my mentors did for me.” 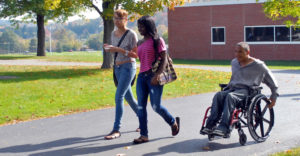 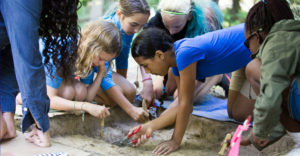