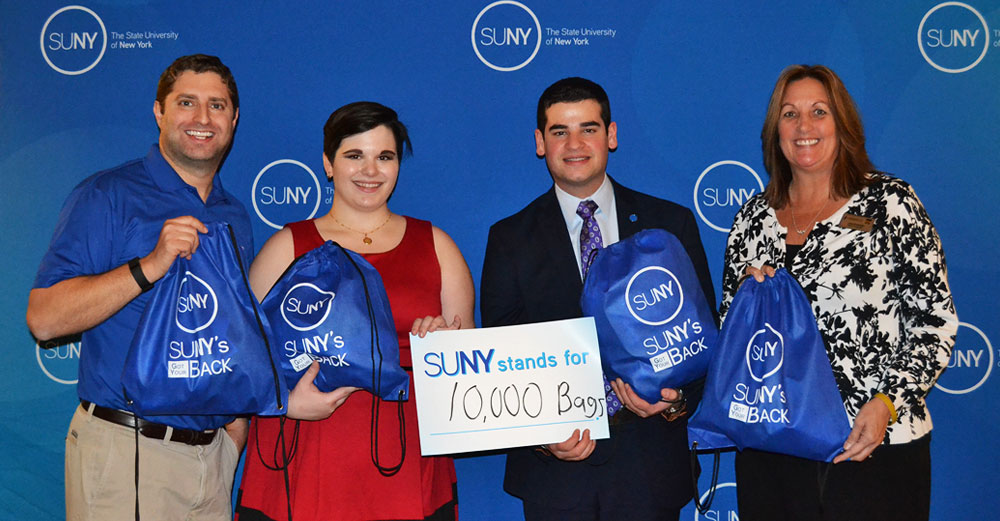 We recently made it through Domestic Violence Awareness month, which annually takes place during the month of ganeric cialis October.  During this time, the entire country rallies together in different ways to show our support for survivors of domestic violence. Throughout Domestic Violence Awareness month, many SUNY campuses held different events  to bring awareness to this issue and let all New Yorkers know that their local SUNY campus stood with and supported survivors.

Back in April, SUNY launched the system-wide SUNY’s Got Your Back campaign, which aimed to fill comfort bags to be donated to shelters that support survivors of domestic violence throughout New York State. These bags are filled with toiletries, notes of encouragement, and more personal comfort items that come in handy for victims who need support. The campaign had an initial goal of filling 2,016 comfort bags during 2016 for survivors of domestic violence, but the number has been far surpassed.


The SUNY Student Assembly has been committed to stopping sexual violence on campus for some time. Along with their ongoing It’s On Us campaign, another goal on this front was to collect the 10,000th comfort bag for SUNY’s Got Your Back.

This past weekend, student governments from many SUNY schools were represented at the annual Student Assembly Fall Conference in Albany. During the conference, many activities were planned to build support for victims of domestic violence and organize efforts to help end these bad behaviors.

Sure enough, the 10,000th SUNY’s Got Your Back comfort bag was filled by students. The students in attendance were asked to bring comfort items to put in these bags, and many did. Individual delegations then worked together to fill the comfort bags as well as write notes of support and encouragement to be put in the bags.

Throughout the Got Your Back campaign, we have seen corporate support and community engagement with many people throughout New York State. But for a milestone like 10,000 bags to be reached through the power of our students is something to be proud of.

In addition to the Got Your Back campaign, the fall conference also had workshops with the OneLove foundation as well as Lisa Evaneski, the Title IX coordinator at SUNY Oswego, who featured topics such as how to be an effective bystander.

“What better way to show our support for sexual violence prevention than by putting together these packages for survivors?” said Marc J Cohen, President of the SUNY Student Assembly and SUNY Trustee. “For student leaders to be the driving force behind putting SUNY over 10,000 bags is amazing. I couldn’t be prouder to play a role in this critical initiative.”

What you can still do


Also be sure to make yourself familiar with the Violence Response Resources so you know what outlets are available to report crimes or get help for those who have been affected.

Domestic Violence is a daily issue and even though October is over, we continue to let victims know we support them. With the SUNY Student Assembly and entire student population being such big supporters of victims, we will continue to follow in their footsteps!

domestic violence, Got Your Back, it's on us, SUNY Oswego, SUNY Student Assembly 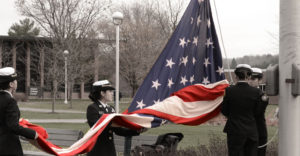 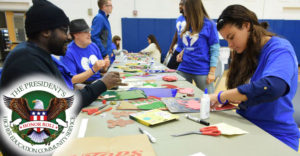